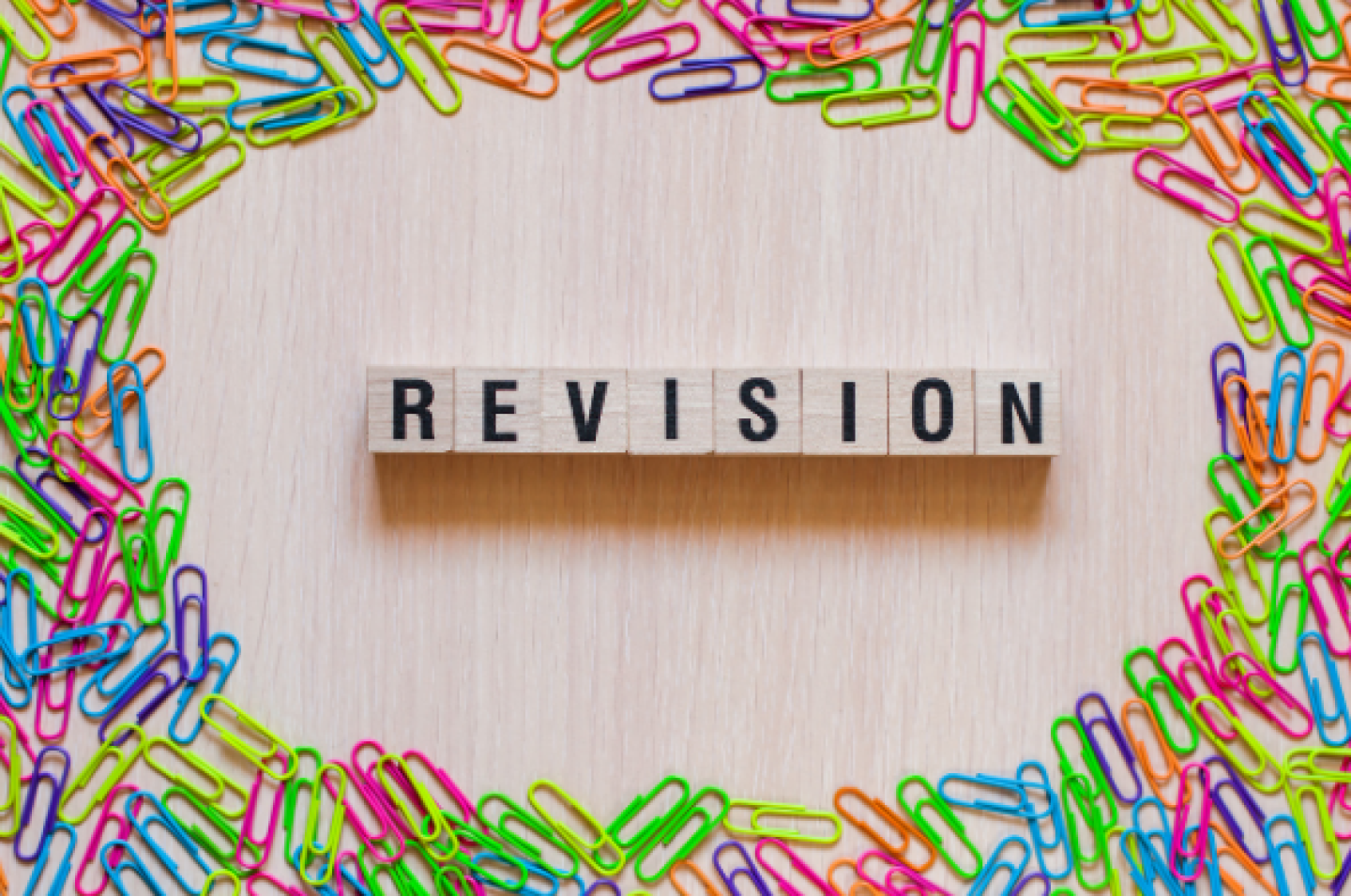 Breakfast Revision Sessions start on 28th February 2022 for Year 11 pupils.  If you would like to attend, arrive at school for 8.00am to collect breakfast from the Bistro and then go straight to the room for your chosen revision session.

A breakfast session will run each morning for the exams that will take place that day.  Pupils can choose which session that they want to attend. 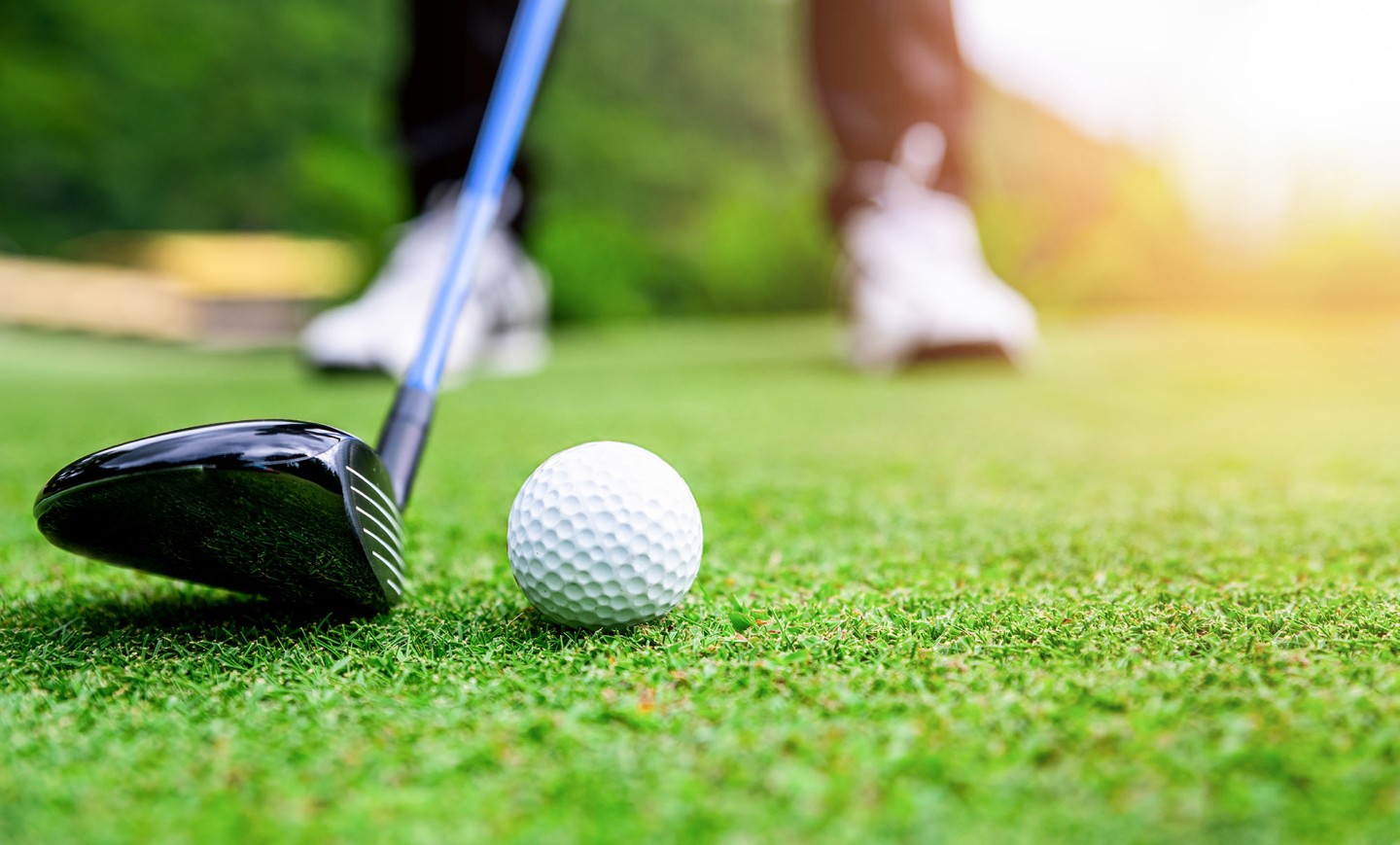 J Donoghue in Year 10 has been selected to represent Barr Beacon and Staffordshire in the English Schools Boys Under 16 Golf Championship.

It is a huge achievement to be selected to play as it is an England Golf National Competition and the Handicap requirement was very low. 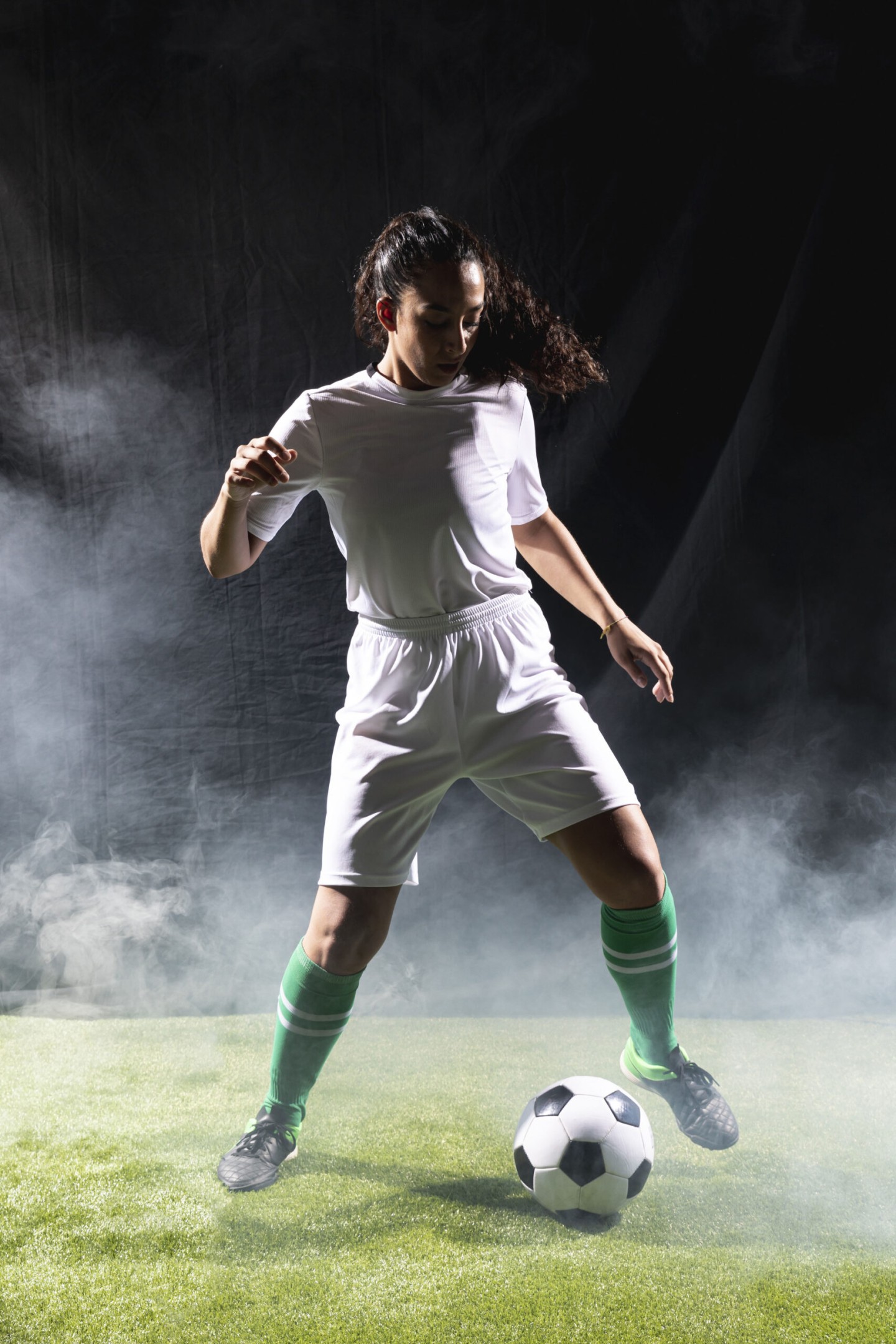 On 16th June, the Year 7 girls football team played a home fixture against Bloxwich. It was a very warm afternoon but a fantastic setting for having lots of fun! The girls split into four teams and played four games in total. There were wins, losses, draws and even a penalty shoot-out.

The first Beacon Team finished in 2nd place whilst the other finished in 3rd. A very enjoyable afternoon again and another opportunity for the girls to play – many of these girls had never played before!

Report from pupil C. Nephawe: “This game was great. We had 6-a-side for each game (4 games). The goal keepers did really well. We had at least a couple of star players. I really enjoyed playing”

A huge thank you to the staff that came to support (Mrs Brazier, Mr Brennan, Mr Phillips, Mrs Gwatkin, Mr Murphy and Miss Poynton). The girls loved seeing their teachers cheer them on.

Please congratulate the year 7 girls on their efforts: 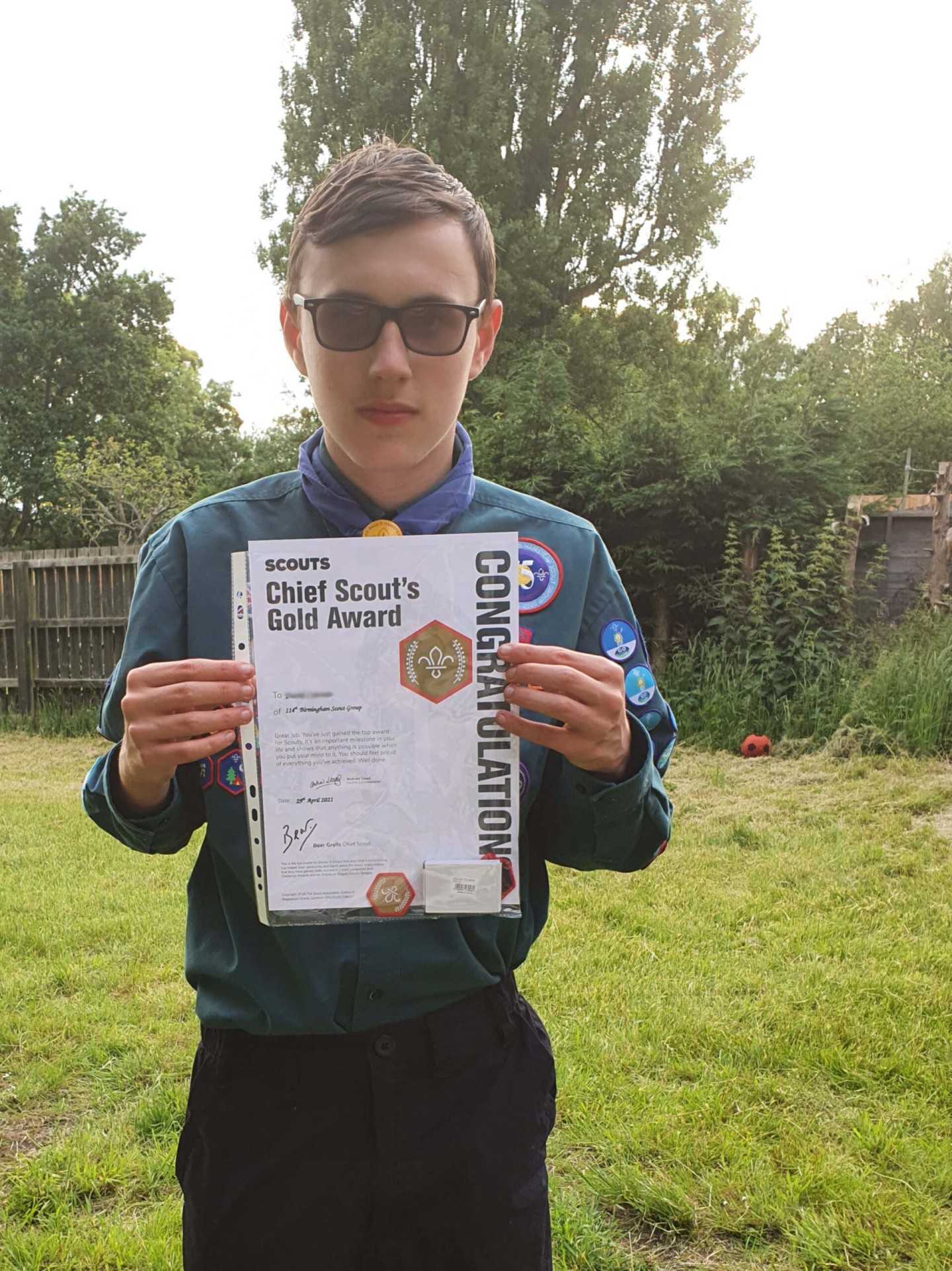 D Coleman in Year 9 has achieved his Chief Scout Gold Award. This would be an impressive achievement ordinarily but this is particularly impressive because he had to adapt his approach due to lockdown restrictions, overcoming additional barriers. To earn the Award, David had to organise meetings with other scouts and plan expeditions. He has been scouting from a young age and loves getting involved in things. In school, he is now a Cadet AND completing Duke of Edinburgh! 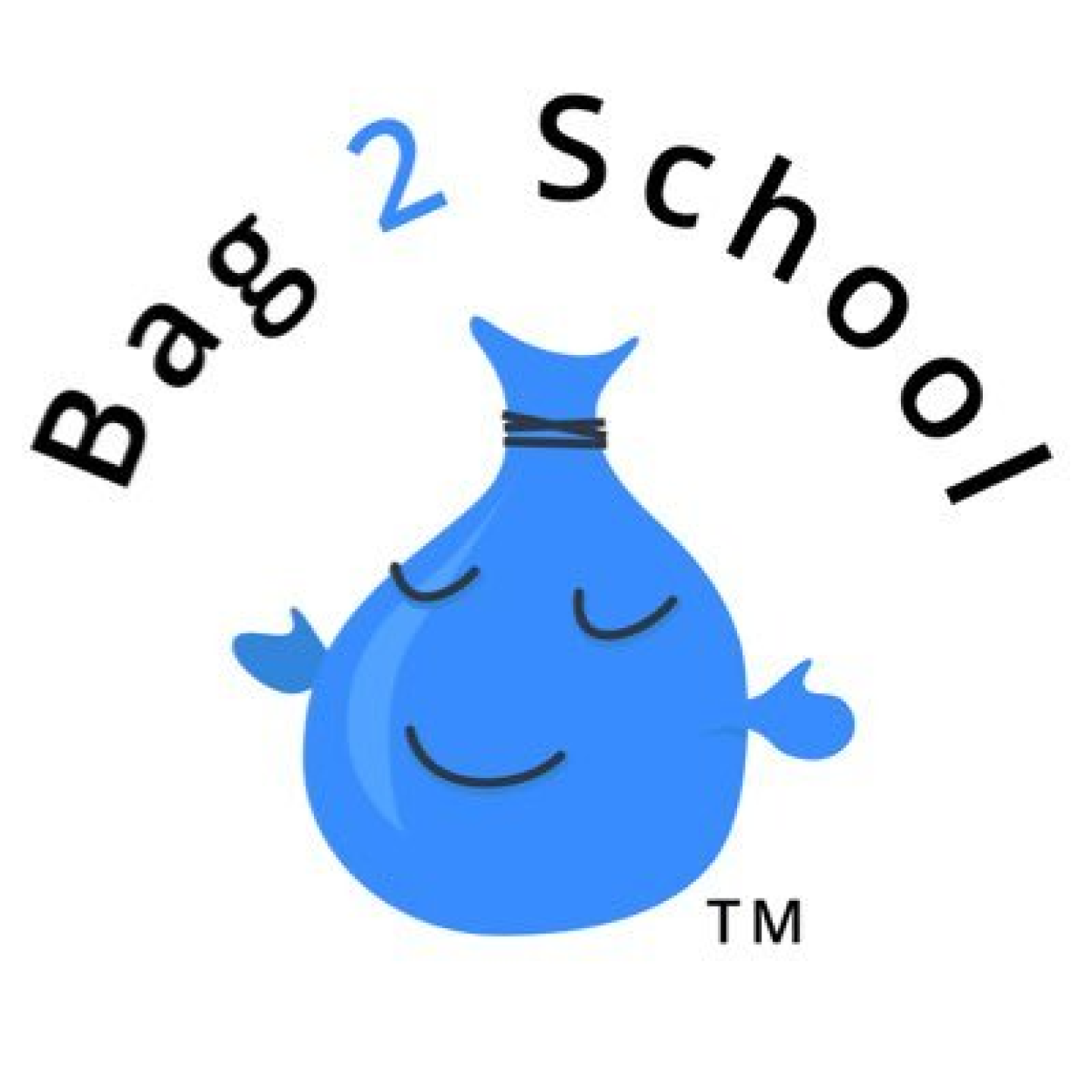 Help us raise money for the NSPCC by donating your unwanted clothes!

All of Year 7, 8 and 9 pupils have been given a bag2school bag for this collection but you can use any bag you have!

Send them in to Barr Beacon reception before 22nd June 2021.

The more bags we have, the more money we raise for charity. Let’s show the Beacon Value of consideration for others by cleaning out our closets! 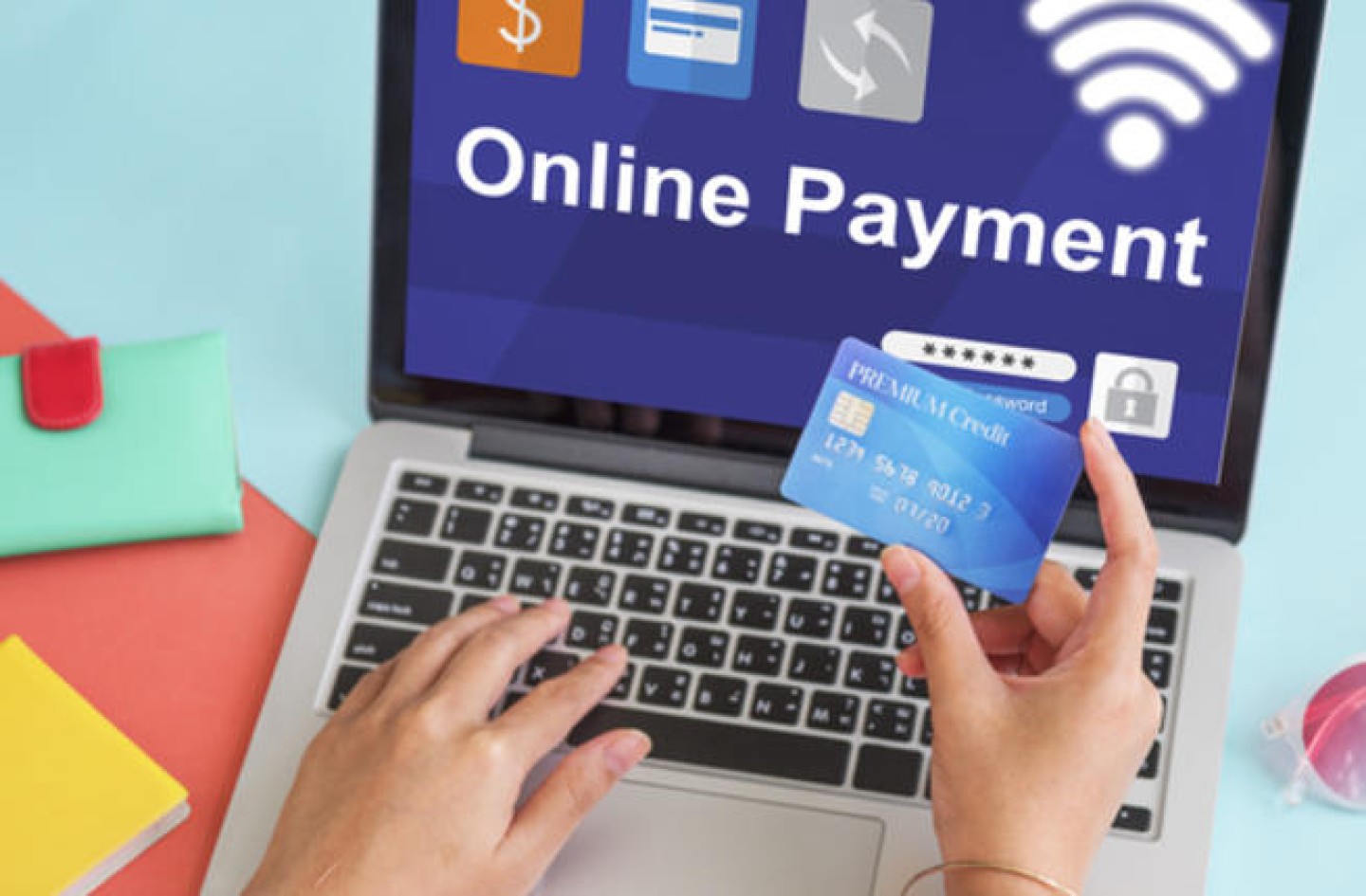 A new WisePay App is now available for Android and Apple devices. You can download it from the Google Play or Apple Store.

Please note that you can’t have both the new and old apps running side by side so you must uninstall the original app for the new one to work. The original app does still work so if you prefer to use this then you can continue to do so

The process for logging into the new app is the same as it was for the original app:

Here are some FAQs and a User Guide for parents when using the new app: 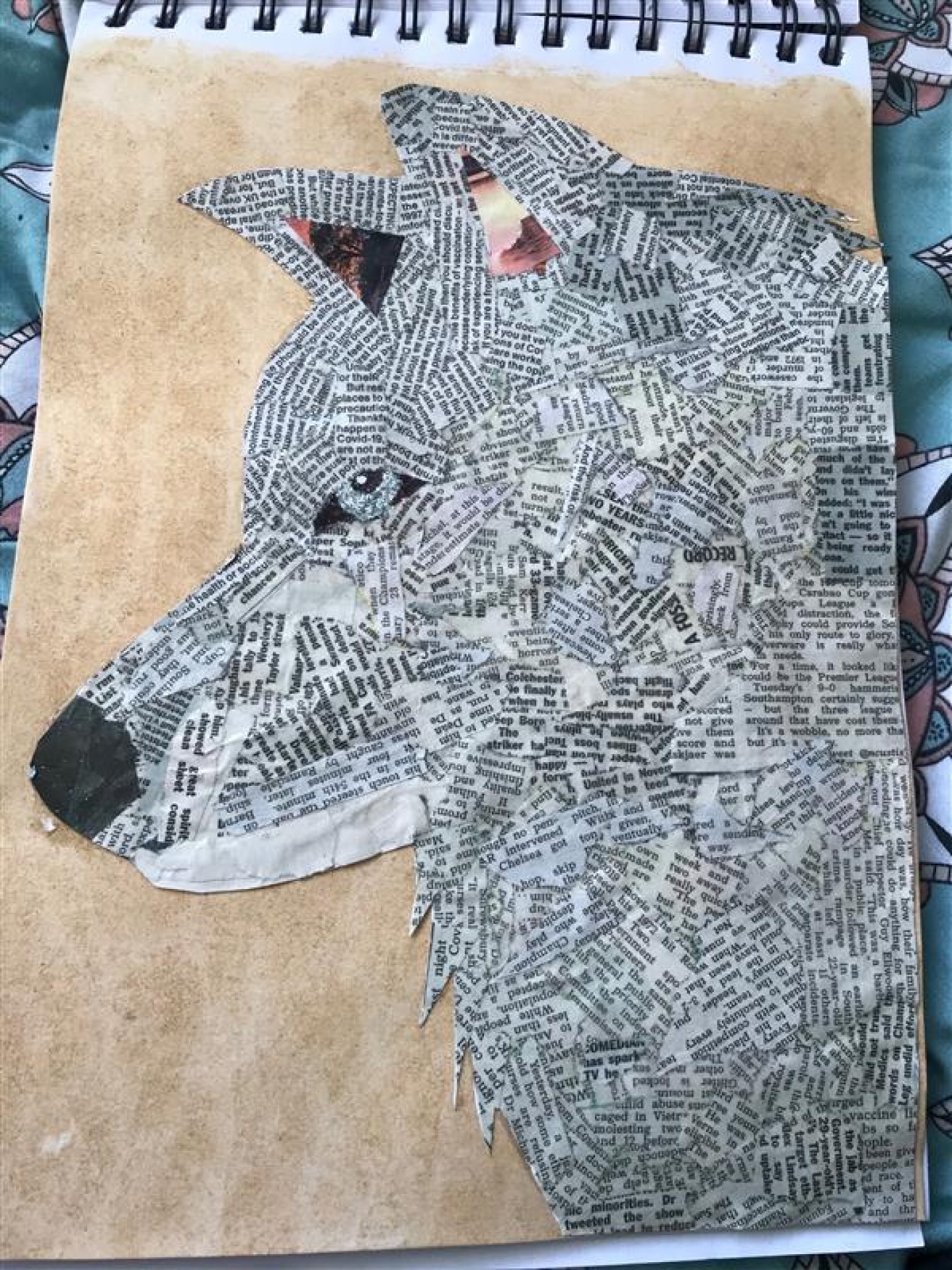 For our Express Yourself challenge, pupils are spending three afternoons away from their screens, taking part in creative activities designed by our teachers. There are activities related to each subject.

Here are some of the outcomes:

This is a great and useful diagram completed away from the screen: Superficial Surface of Human Heart by V. Sahdev in Year 7

K. Nicholls in Year 9 has made ‘Pain Au Chocolat’ using one of the activities from the modern foreign languages department.

Here is some history creativity from K. Owen in Year 10.

She created the trench system as a personal project, which was linked with her study of her Conflict and Tension topic, as well as her own passion for history. She did apologise for the castle being made of Duplo as this was the only ‘Lego’ available! She is currently creating history resources in the form of a ‘game’. We look forward to seeing her resources from this.

Here is some more brilliant history modelling of trench warfare – this time from Year 10 J. Martin.

I decided to some litter picking in my local community. When I got home I did some research  about the local area. Here is what I found out:

The word ‘barr’ is Celtic for hill. Barr Beacon is the highest point in the West Midlands. Perry Barr was once kown as ‘little barr’ but was renamed.

Great Barr was documented in the Doomsday Book as ‘Barra’. It was one of many hills where fires (beacons) were lit to warn of enemies.

Doe Bank Lane was a field boundary from the royal borough of Sutton Coldfield. It was a ditch with one side higher than the other and was used to stop deer from leaving hunting grounds.

Bridel lane was a very rural rack that went from to Walsal, to Sutton Colfield and further on to Liechfeild.

In WW2, Americans soldiers were stationed in the Pheasy Estate. Most of their equipment was buried in the fields near dobank park.

With her fascination with wolves, G. Askey in Year 10 has created an amazing papier–mâché wolf using newspapers as part of her creative piece for the Express Yourself Challenge. She did a fabulous job! 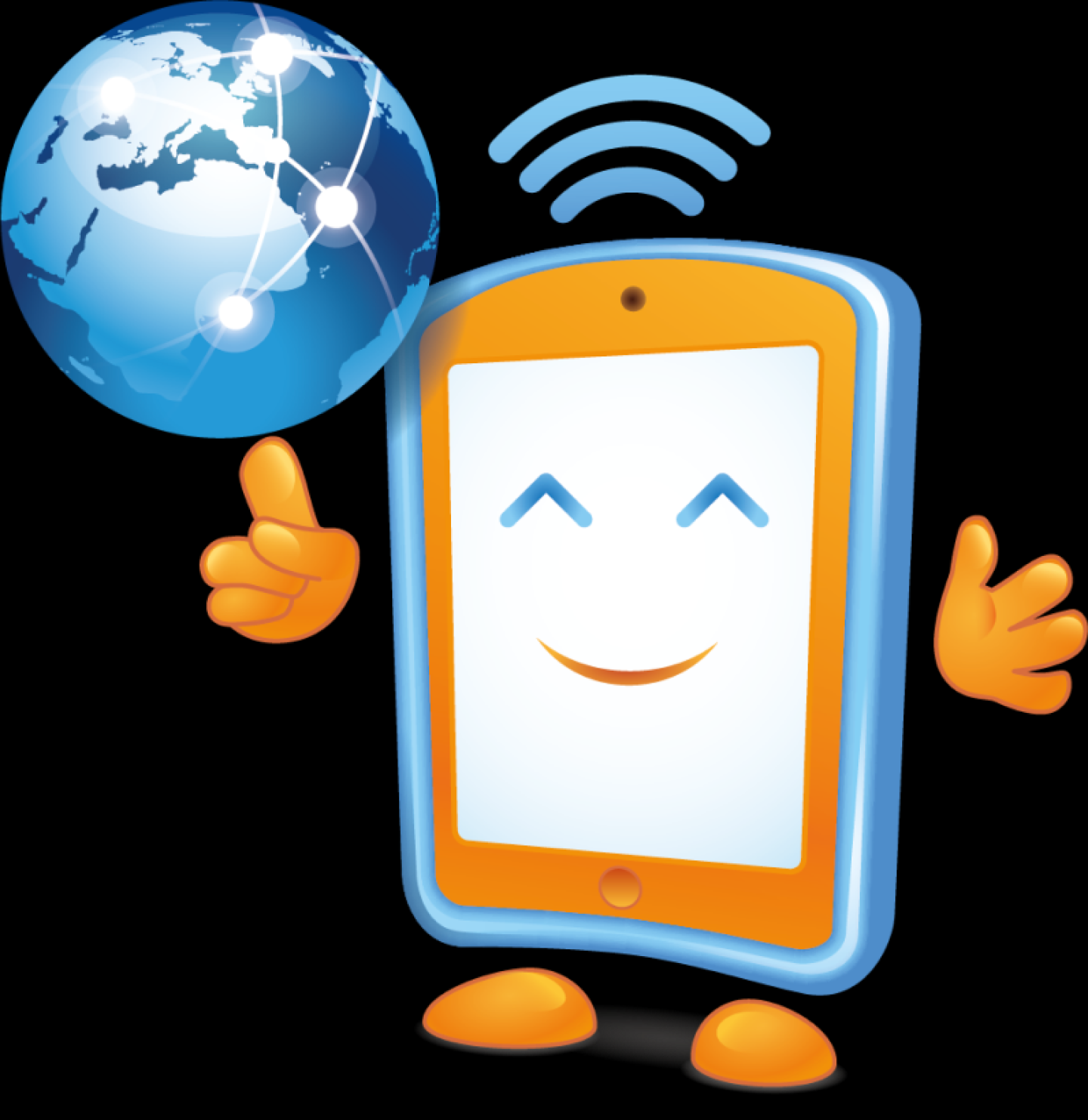 On Tuesday, 9 February 2021, we will celebrate the 18th edition of Safer Internet Day with actions taking place right across the globe. With a theme once again of “Together for a better internet”, the day calls upon all stakeholders to join together to make the internet a safer and better place for all, and especially for children and young people.

Read on to find out more about practical ways in which you can get involved in the celebrations. Whether you are a young person, a parent or carer, a teacher or an educator, a policy maker, or whether you represent an organisation or industry, everyone has a role to play in creating and maintaining a better online world.

And, noting the global reach of the Safer Internet Day campaign, on this site you’ll also be able to discover more about the planned actions of European Safer Internet Centres, global Safer Internet Day Committees and a range of organisational and industry supporters – we’re progressively updating profiles for the 2021 campaign, so please check back often for the latest updates. 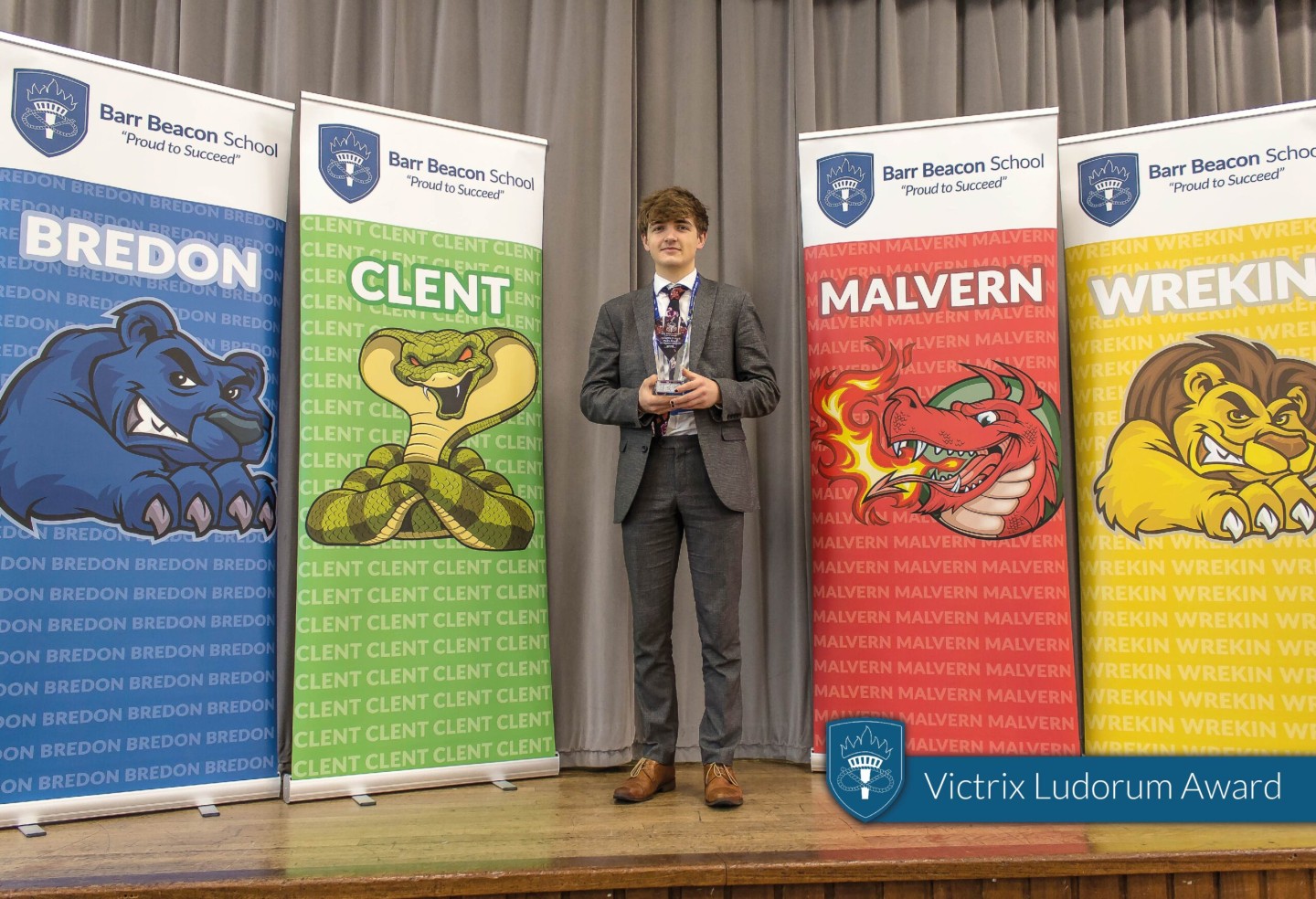 On Wednesday 2nd December we held our Annual Awards Evening. This year it took the form of a virtual event, however the significance of the event remained the same. We joined together to celebrate the achievements of our pupils during the last academic year and celebrate their successes.

Our Guest Speaker was Dr Dan Perry, a former Head Boy of Barr Beacon School in 1997, who is now a Children’s Orthopaedic Surgeon at Alder Hay Children’s Hospital and a clinical trial lead for the British Orthopaedic Association. Dan gave an inspirational speech which would have provided great motivation to our pupils.

We were also joined by Mr Mills, who had taught at Barr Beacon School for over 45 years, to present an awarded named in his honour to our most outstanding Mathematician. 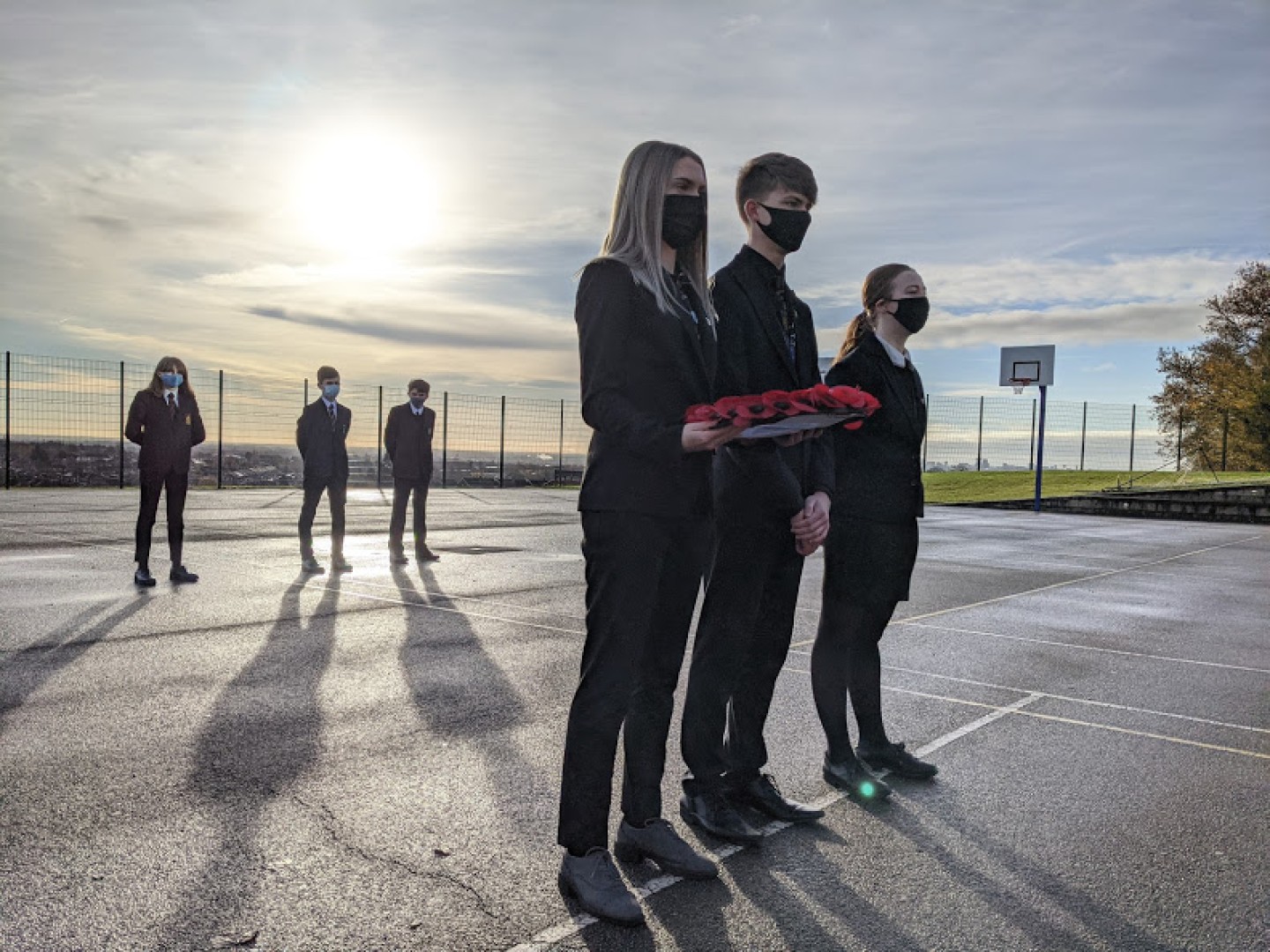 Tyne in Year 11 produced this poem to commemorate Remembrance

For our Remembrance Commemorations this year our Cadets performed a special ceremony which was introduced by our Flight Lieutenant (and Director of English) Mrs Muller.

Then Cadets read the poem ‘In Flanders Fields’. The Last Post, played by music teacher Miss Chater, heralded the silence and her performance of Reveille concluded it.

The Kohima Epitaph was then read by a Cadet ahead of the wreath being laid by our Head Boy and Head Girl. The ceremony was broadcast to all form groups.

Successfully Re-Accredited as a SCITT!

Thank You and Goodbye

Year 10 enjoyed an inspirational visit to Oxford University and tours around Oriel and Keble Colleges. #oxforduni