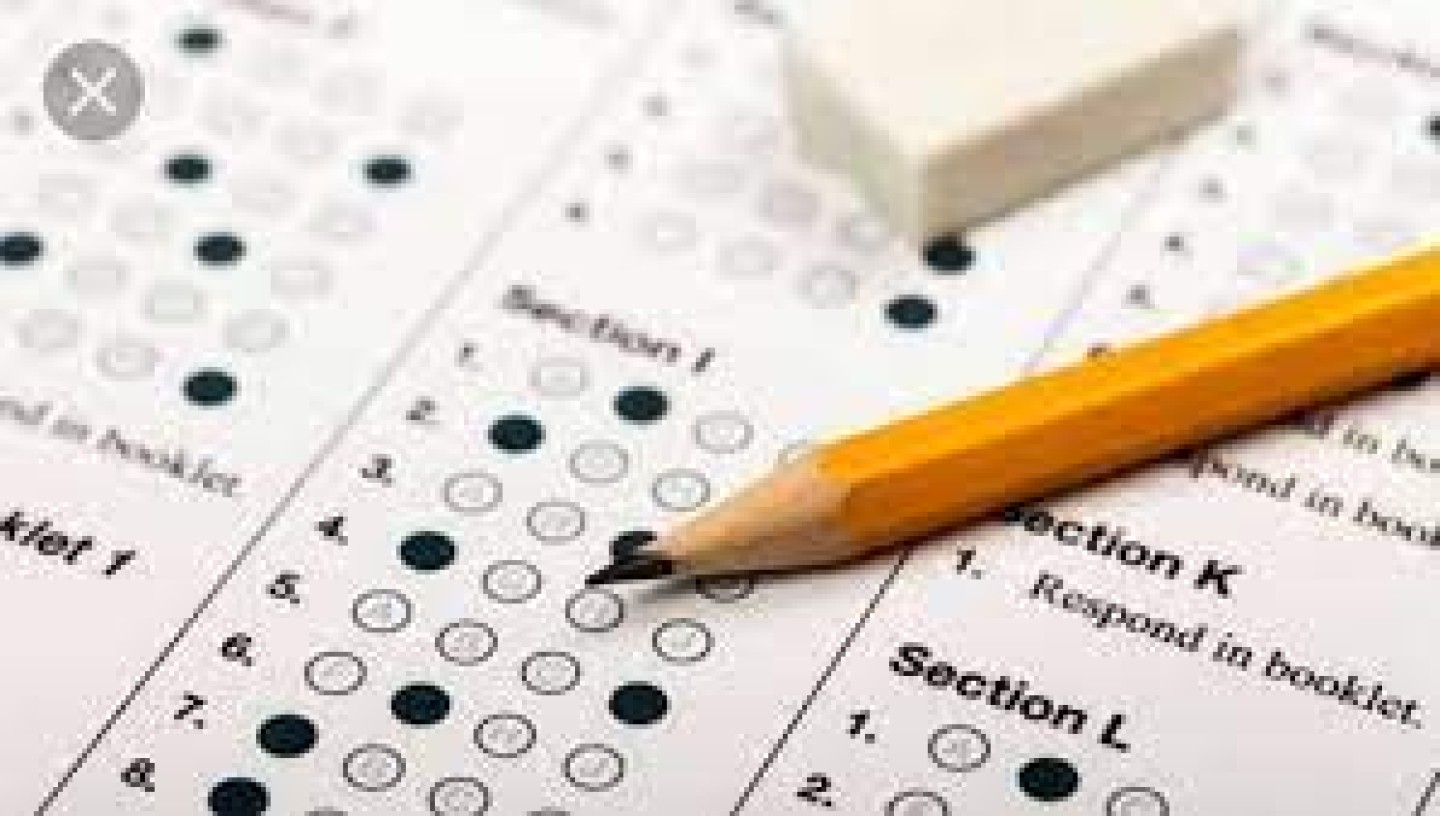 Summer 2021 examination certificates will be available for collection from school Monday 13th December – Wednesday 15th December between 3.00 pm and 4.00 pm.

Certificates being collected on behalf of a student will require a letter of permission and some form of identification.

Certificates will be kept in school until 31st December 2022 and then destroyed.

Replacement certificates are not available only statement of results and these can only be obtained from the exam boards.  Current costs per statement. 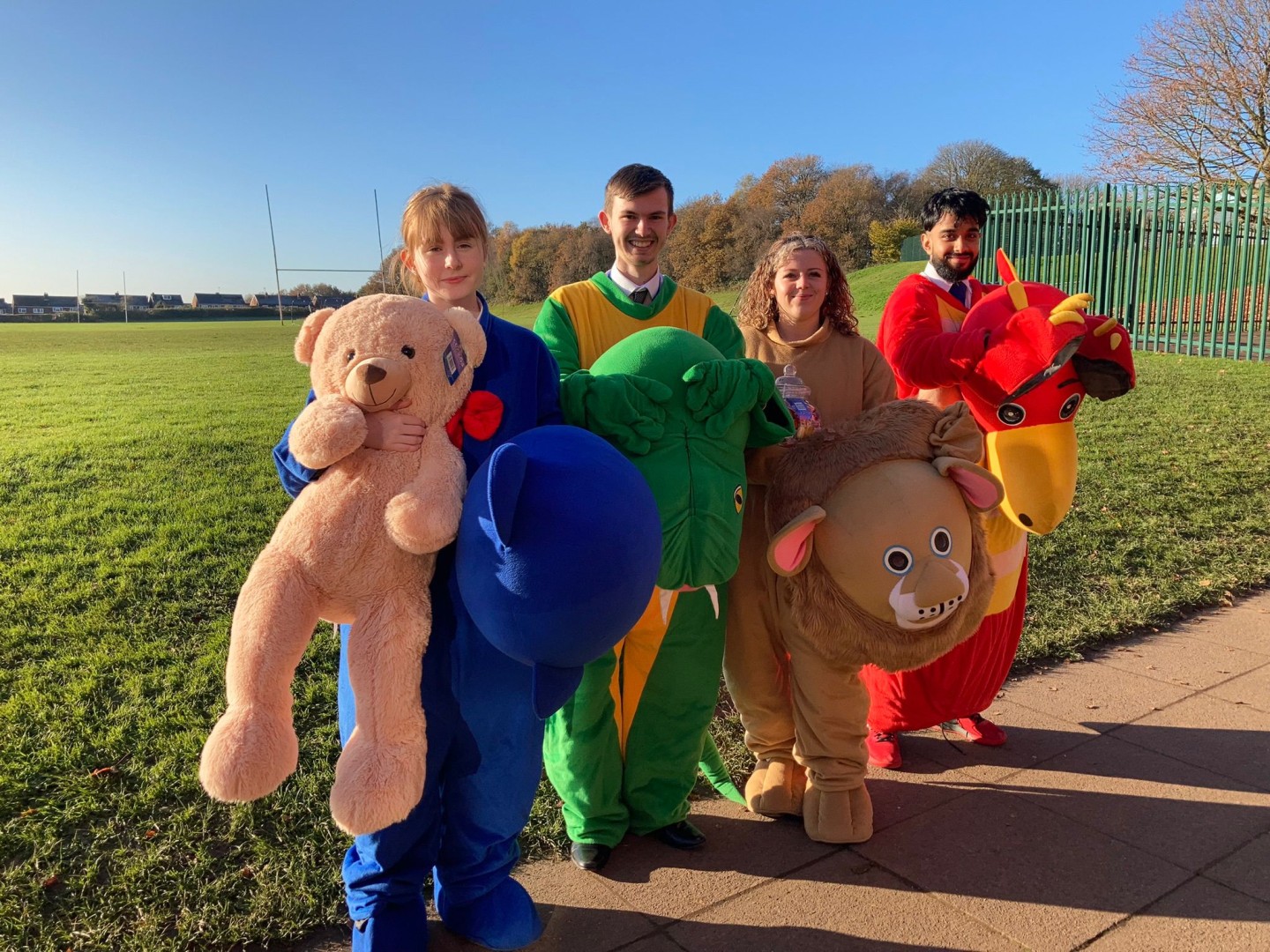 Our House Captains, Anna, Ashley, Hollie and Sanghveer, led on the fundraising for Children in Need.

They organised two competitions:  ‘Guess the Teddy’s Name’ and ‘Guess How Many Sweets in the Jar’, as well as selling bags of sweets to pupils and staff.

Mr Lawrence, Mr Murphy, Mr Brennan and Mr Cooke battled it out on the dance floor showing off their best moves including a handstand, the worm and pirouetting!  Forfeits they faced were having their legs waxed and getting pie-faced! 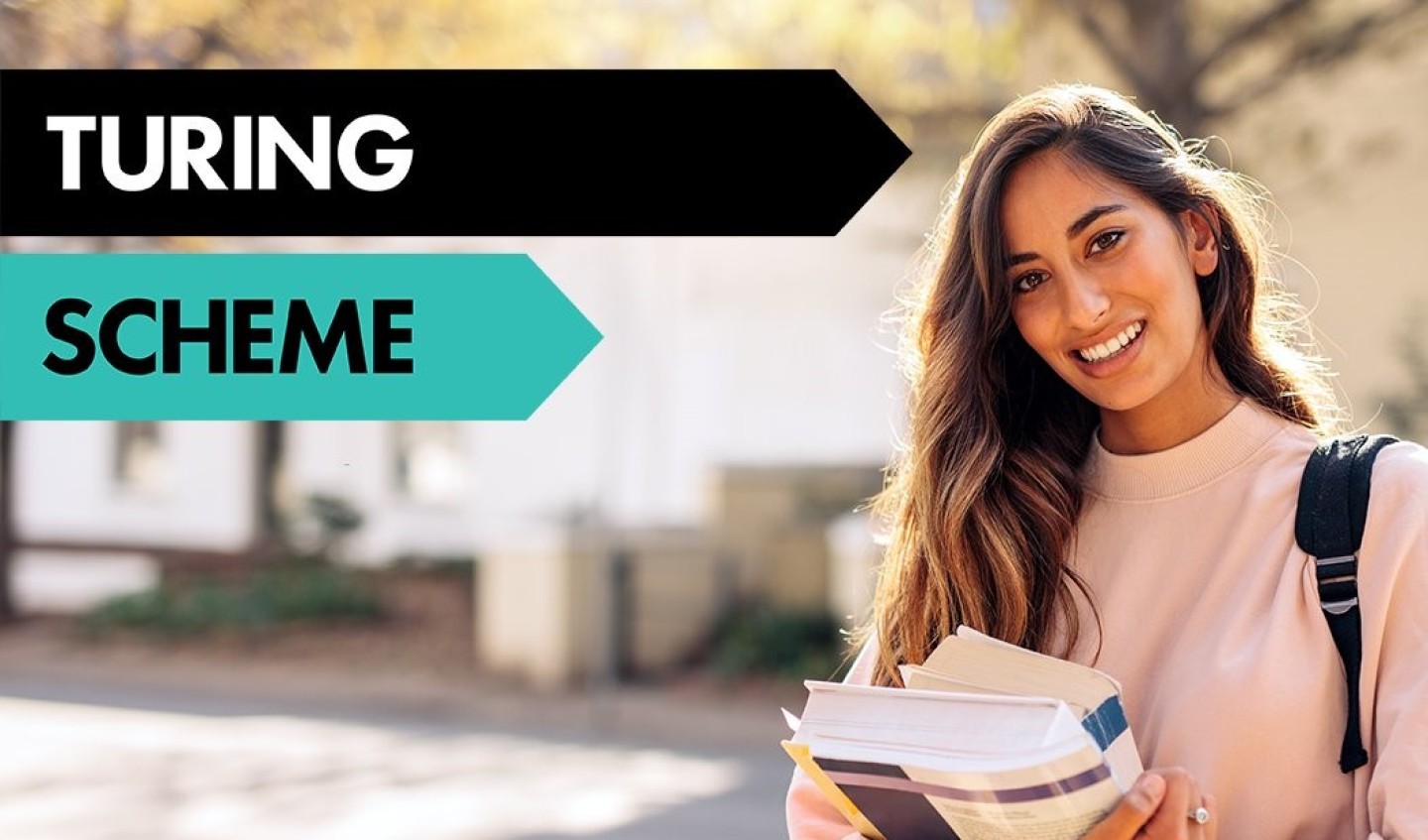 On Wednesday 1st December 10 pupils from Year 8 and a further 10 pupils from Year 9 will learn that they have been successful candidates for the Turing Scheme.Across the Matrix Academy Trust 100 pupils will have the chance to take part in two projects: one to Fulda, Germany and one to Ronda, Spain. For these lucky pupils it will be a life changing opportunity with so much to discover, learn and explore.All schools in the trust have reported exceptional uptake of this opportunity, showing just how keen Matrix pupils are to learn about the world around them!

Click these links to take you to the letter and application forms!

At 7:15 on a cold Sunday morning, 9 Cadets embarked on and adventure to Tern Hill airfield and 632 Volunteer Gliding School (VGS).

The mission: To learn about the function and effect of flight controls in a glider, and put them into practice.  All looked good until we hit a fog bank on the A41, which stayed with us until Tern Hill.  On arrival, the Cadets were put through a training session on fitting the parachute and exiting the Glider in an emergency.  Once completed, the Cadets received a briefing on the effects of the Elevators, Ailerons and Rudder on an aircraft.

Training complete we waited, and waited, and waited for the mist to clear.  As 11:00 drew near we were invited to attend an impromptu parade with the VGS to support the Cenotaph parade for Remembrance Day.  At the end of the parade, and as if by magic, the fog became mist and then disappeared.

Once on the airfield, the Cadets were shown around a glider, including how to attach the tow cable and support the glider on launching.  Soon the Cadets were in full flow, launching and recovering the Gliders as each started their trip to the stars (well 1000 feet at least).  By 3:00pm, all was looking good for all Cadets to fly when we were told that a wind at 400 feet meant that we needed to reverse our launch direction.  So, with all hands to deck, 1 caravan, 2 winches, 1 minibus, 3 gliders and a tractor were all relocated on the airfield ready to restart operations.  At this point, a sudden downturn in temperature caused flying to cease, as it caused the canopies on the gliders to mist up in a similar way to cars on a cold morning – the key difference being that the gliders don’t have windscreen wipers or heating.  The effect was that 2 Cadets didn’t fly.  Undaunted, plans were immediately made to return these Cadets at a later date to get their flights.

Once all the kit had been recovered to the hanger, the Cadets who had flown were then presented with their blue wings as a symbol of their progress on the aviation training package.

The military and poetry have a long history going back thousands of years, through to the famous poets of the First World War and right up to modern engagements. It is therefore very fitting that Sgt. Bew was inspired to pen these lines which tell the story of the day…

And not a sound to be heard

Who sought to be birds.

For today was the day

That they hoped to fly

Up in the air in a glider to distances so high

Mother Nature reminded us, that she is the boss

For a ground mist descended, we are at a loss.

Fear not said the pilots, learn how flight is done.

Then cometh the hour, the mists came undone

And Cadets had much fun.

Connecting the cables and running the wing,

They took part in everything.

One by one, they went soaring

High into the sky.

Her hand once again,

And with two fledglings left,

She decried: this must end.

So two must return, in a week or few

And venture the mist and stand in the dew.

For they will once again

Hear “take up slack” and “all out”, those most shouted words

In those plastic birds

And see earth from a height and other great things.

And also to earn those precious blue wings. 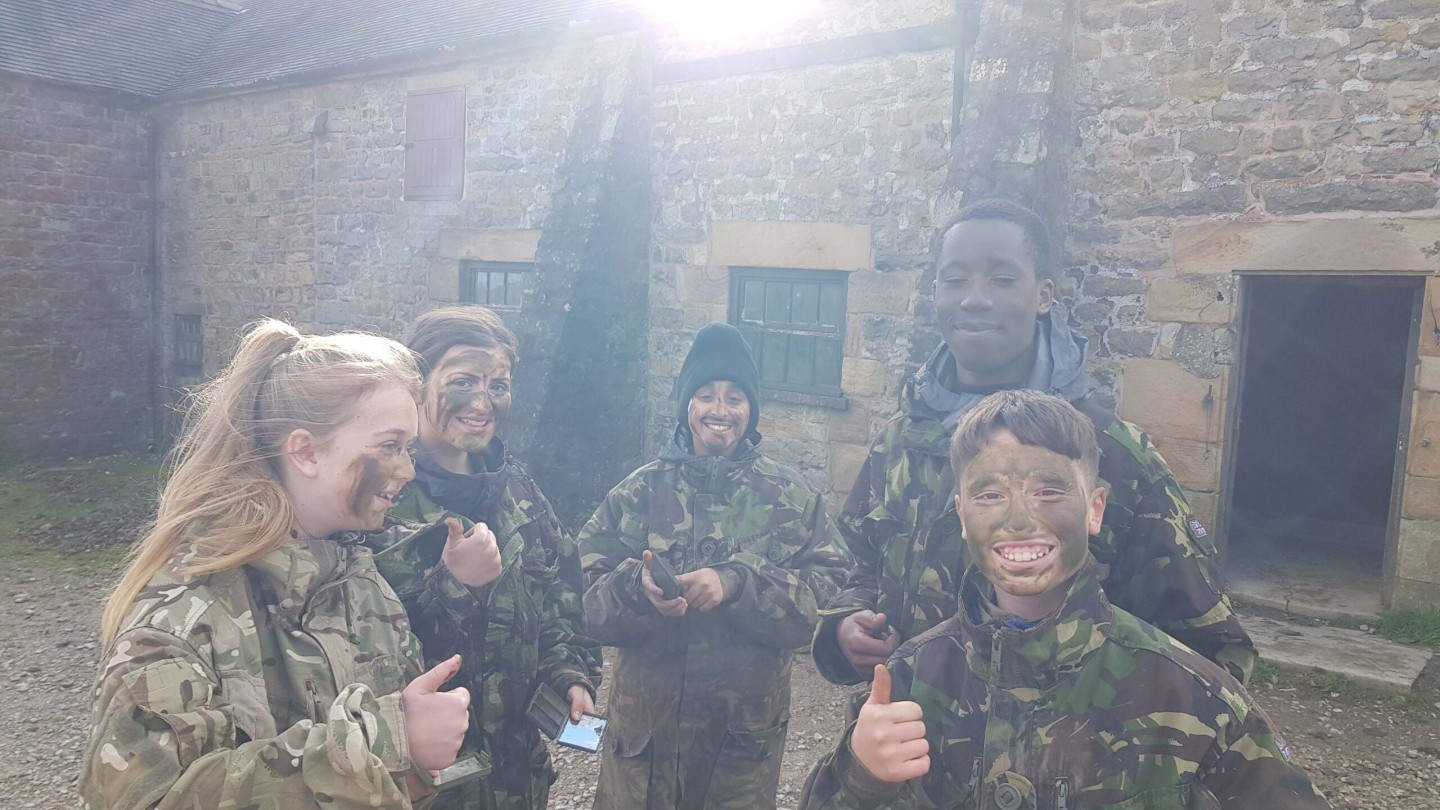 Over the weekend, 39 Cadets took the opportunity to learn some basic military skills.  These included looking after yourself in an outdoor environment, communication in a tactical environment, formations and tactical movement.  The days were challenging as it rained during the two days, causing a small stream to form and meander across the training environment, generating the potential for the ultimate mud bath.  This however did not deter the cadets, as they threw themselves (some quite literally) into the activities.

Communication in a tactical environment.  This involves using hand signals to pass messages between people.

Formations.  How groups of people move in a tactical environment.

Individual Tactical movement.  How to move across terrain whilst trying to avoid detection.

The day culminated with a stalk where half the cadets used the skills they had learnt over the day to try to get as close to an observation post as they could without being seen.  This involved moving as stealthily as possible through the terrain.

Can you see them? 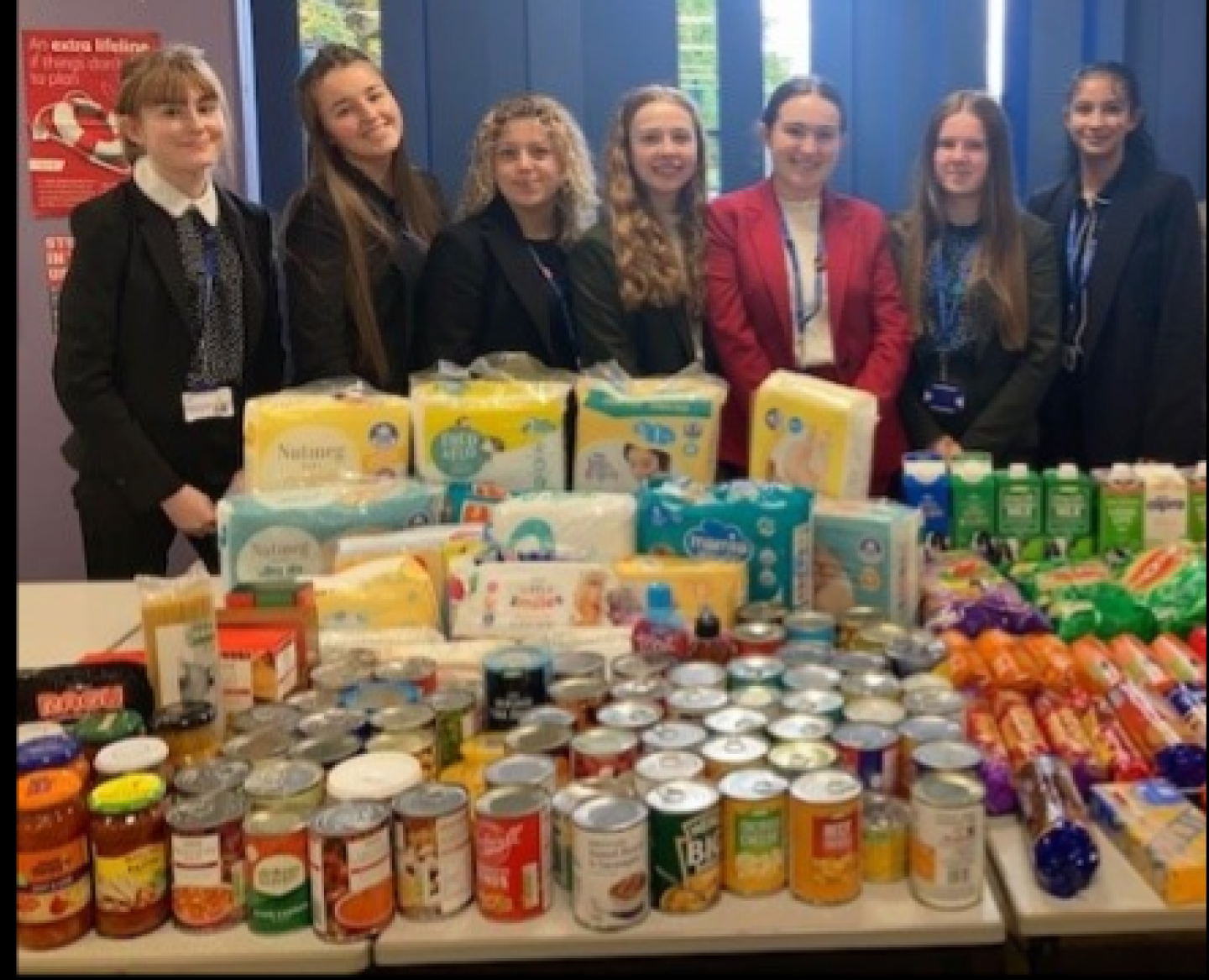 Deputy Head Girl, Maisie, led on the initiative to celebrate harvest festival by donating food to the local charitable organisation ‘Help to Make Tummies Full’.  Sixth Form students contributed by donating some of the most needed items including nappies, baby wipes, cooking sauces, UHT milk, crisps and biscuits. A team of students then boxed up all the items and loaded the minibus ready for the drop-off.

The organisation gratefully received the donations and will be delivering packages to families in need within our local area.

“We are so grateful for your support – we couldn’t do what we do without the kindness that you all show.  And what a lovely idea to gather the troops at the Sixth Form to all get involved.  Thank you! “ 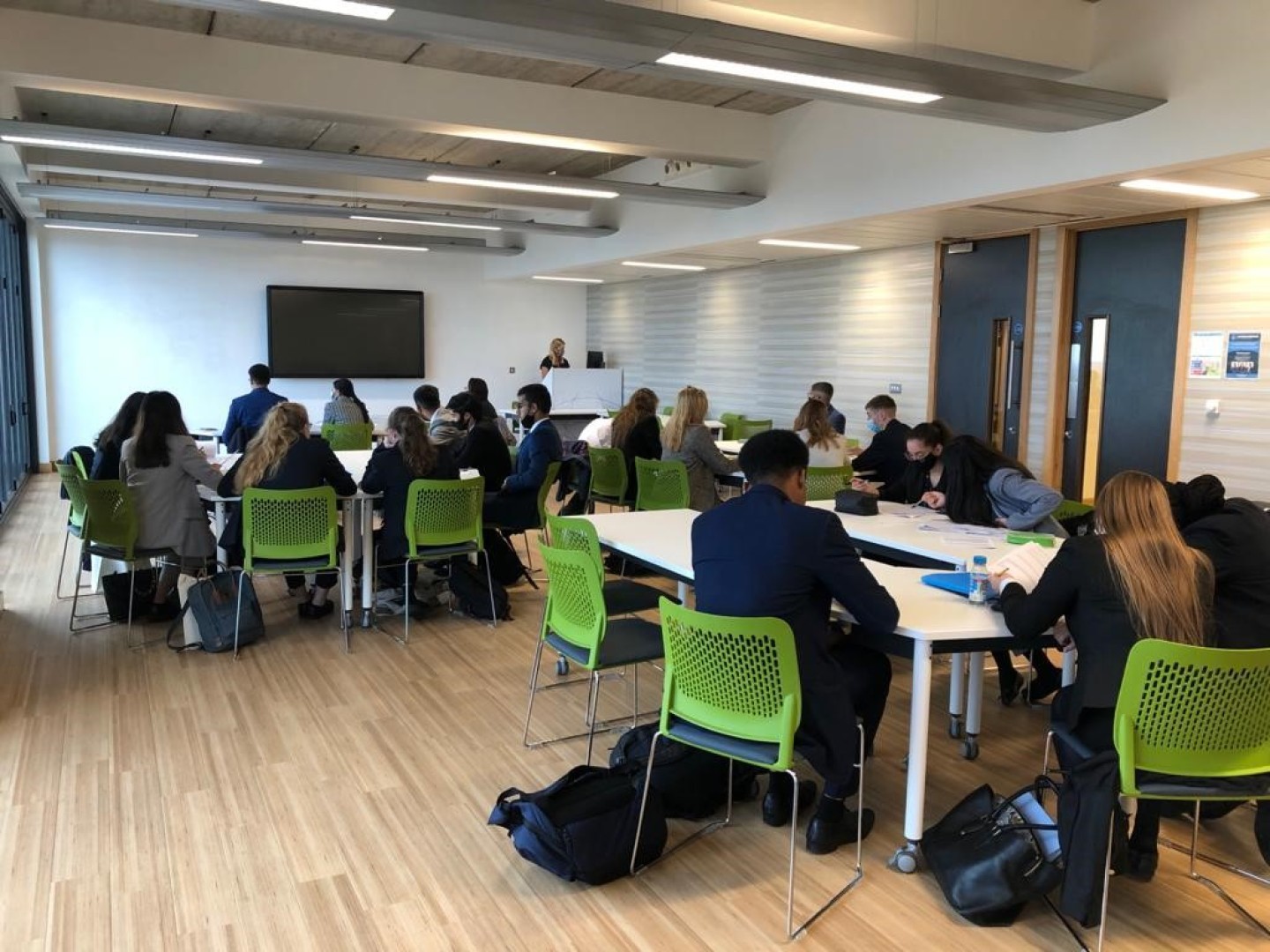 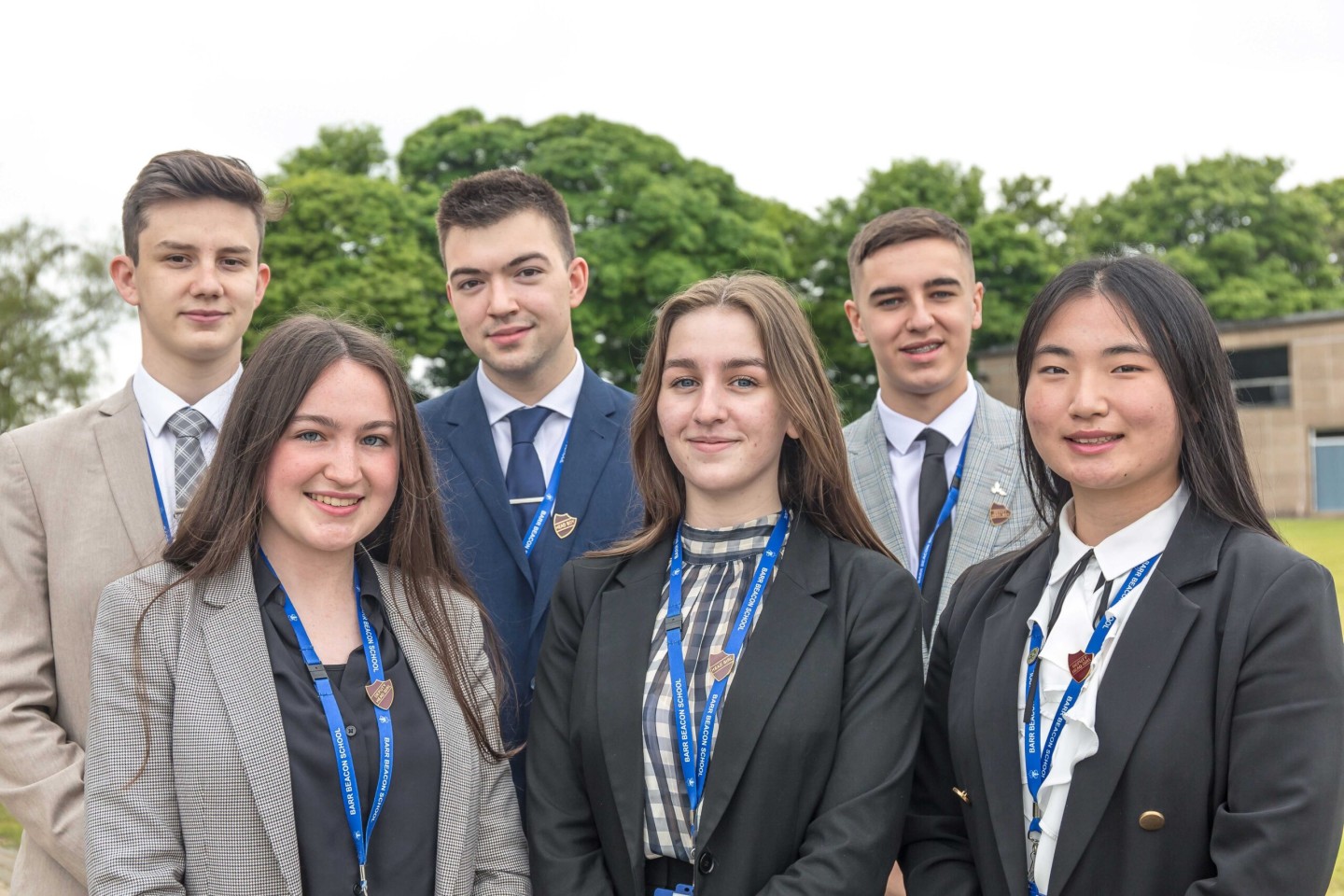 Our Sixth Form Open Evening is always busy. Therefore, to keep the flow of people moving and minimise large gatherings we are splitting the evening into two.

There will be an entry time at 5:00pm and then a second one at 6:00pm. There will be a talk from the Sixth Form Team at the start of each of these sessions.

Tickets MUST be booked in advance or you will not be permitted entry. A ticket must be booked for every person attending, including any students. As tickets are limited, please support us by booking only the number of tickets you need and keeping your party as small as possible.

Even with these measures in place, we strongly encourage all visitors to wear face coverings during Open Evening. 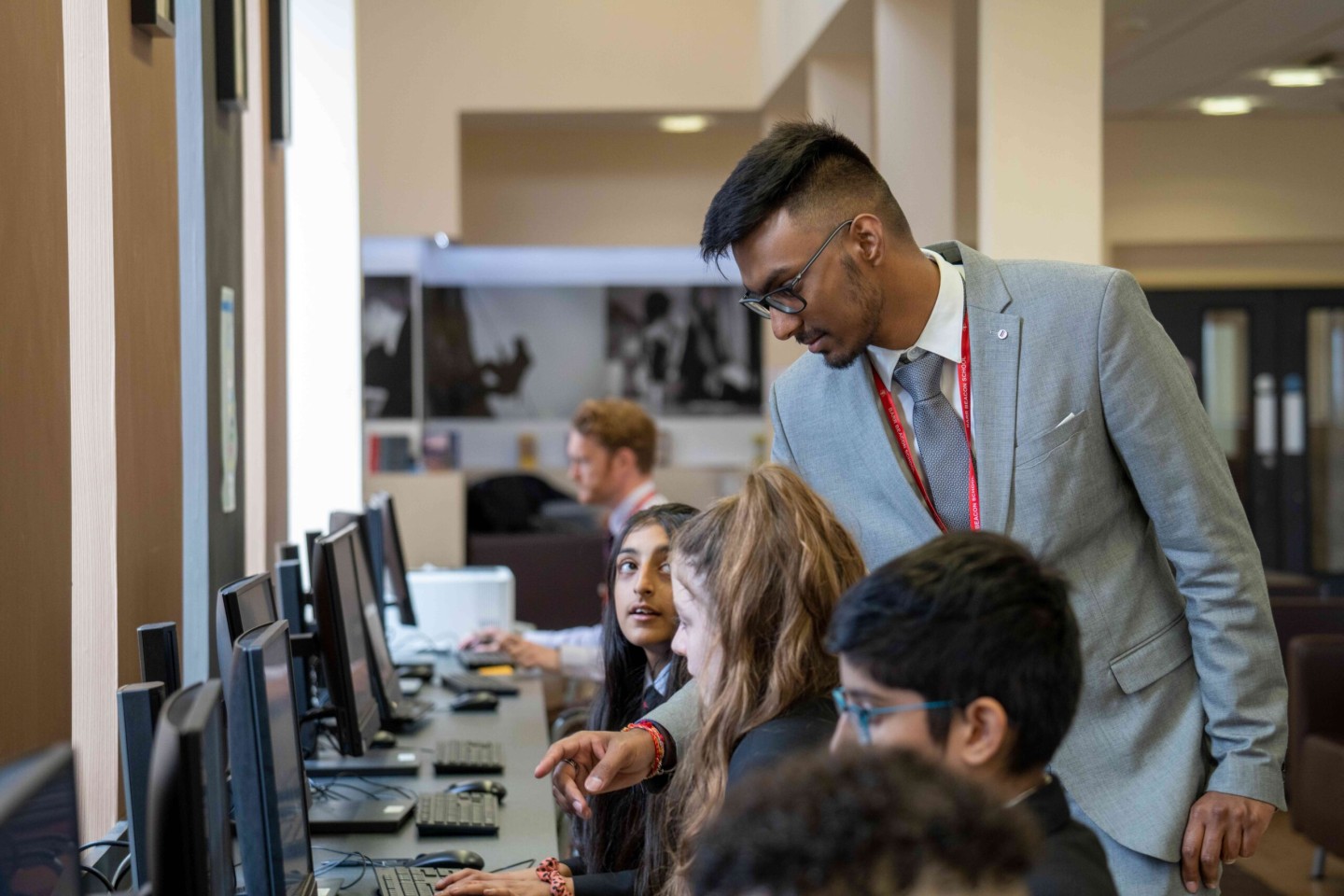 Pupils on our School Council created this assembly to inform others about the origins of Black History Month and why it is so important. [This version is narrated by Mr Foster, Assistant Headteacher, who leads School Council]

World Mental Health Day is drawing attention to the reality that people with certain protected characteristics are more prone to mental health issues. As this assembly makes clear, not everyone begins at the same starting point.

Pupils at Barr Beacon in Year 7 and 8 are currently working towards their ACE award in their Technology and Performing Arts lessons.

The Award for Creative Excellence encourages pupils to become creative leaders, helping to develop their communication and collaboration skills. The ACE award is designed to help pupils express various art forms, giving them a platform to share their understanding and knowledge of the Arts.

ACE is an example of Cultural Capital at Barr Beacon, offering an opportunity to have a valuable experience of the Arts. The award explores the interconnectivity of various disciplines in the Arts, as well as learning about inspiring practitioners. Throughout the ACE curriculum all skills that are taught relate back to the Beacon Values. Lessons show the importance of these values and how they relate to creative tasks and challenges.

We are now offering Year 7 pupils an amazing opportunity to purchase an ACE pack. Each pack is full of exciting resources including a variety of Art resources, alongside Textile, Media and Food challenges / hints and tips. Please see letter on the school website for more information and full pack content. The deadline for payment is Friday 15th October. This needs to be done through wisepay.

The following ACE clubs that are running this half term are:

Our House Captains (in the costumes) led the fundraising for Children in Need.

A prize draw was held with a massive jar of sweets and an even bigger cuddly toy going to the lucky winners.

This website uses cookies to improve your experience while you navigate through the website. Out of these, the cookies that are categorized as necessary are stored on your browser as they are essential for the working of basic functionalities of the website. We also use third-party cookies that help us analyze and understand how you use this website. These cookies will be stored in your browser only with your consent. You also have the option to opt-out of these cookies. But opting out of some of these cookies may affect your browsing experience.
Necessary Always Enabled

Performance cookies are used to understand and analyze the key performance indexes of the website which helps in delivering a better user experience for the visitors.

Analytical cookies are used to understand how visitors interact with the website. These cookies help provide information on metrics the number of visitors, bounce rate, traffic source, etc.

Advertisement cookies are used to provide visitors with relevant ads and marketing campaigns. These cookies track visitors across websites and collect information to provide customized ads.

Other uncategorized cookies are those that are being analyzed and have not been classified into a category as yet.