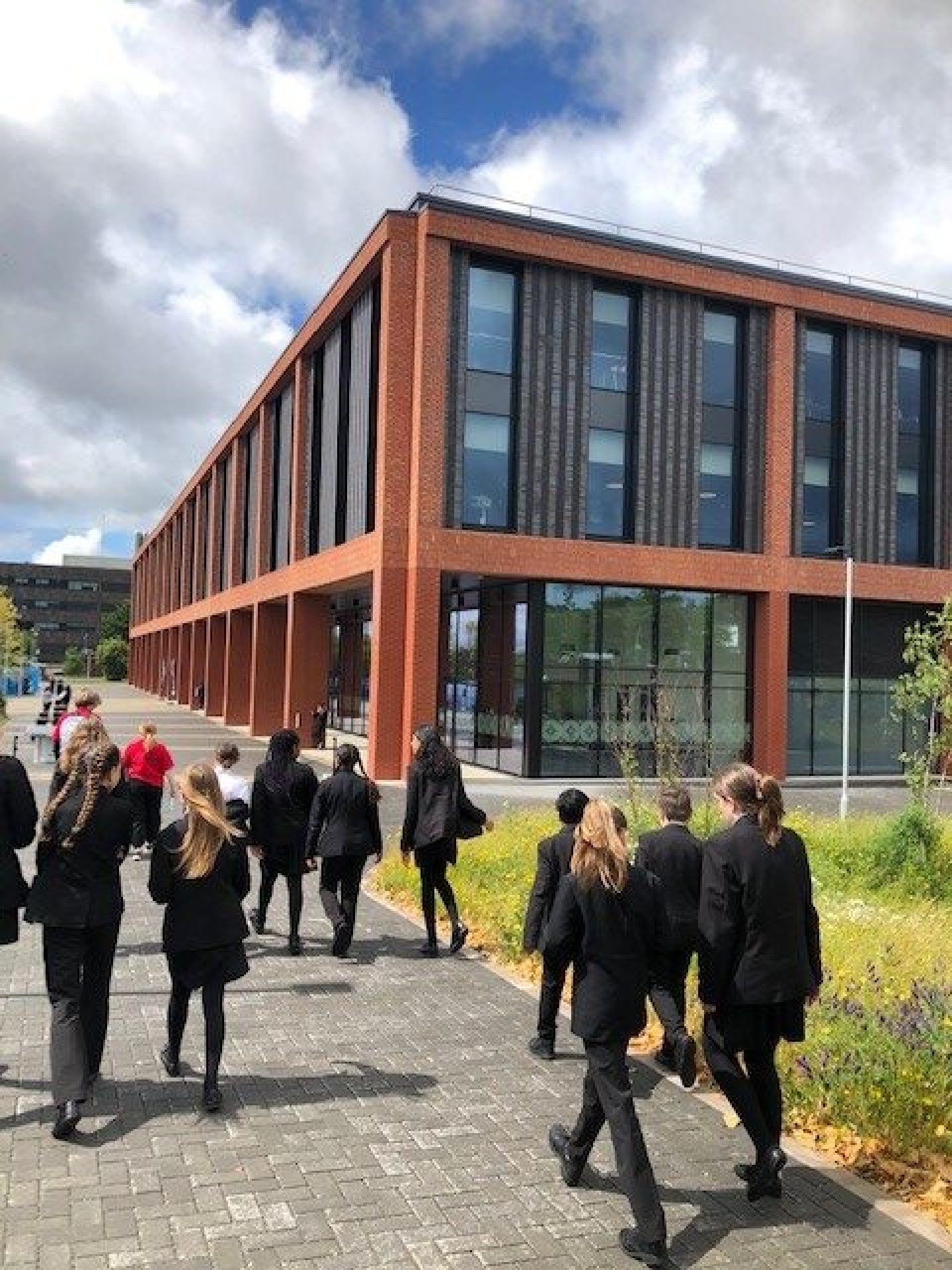 Year 7 pupils visited Staffordshire University for a taster day to learn more about the benefits of higher education. The day started with pupils meeting university students studying a range of  interesting courses, from psychology and photography to E-sports and gaming.

Pupils then had a tour of the whole university. We visited libraries, learning hubs, accommodation, sports centres and lecture theatres. In the afternoon, pupils were tasked with designing their own Superhero Student. Ideas included supersonic ears to hear lectures clearly, cloaks to help them fly across the vast campus and even an LGBTQ+ hero, spreading happiness and awareness of Pride Month with rainbow lasers. 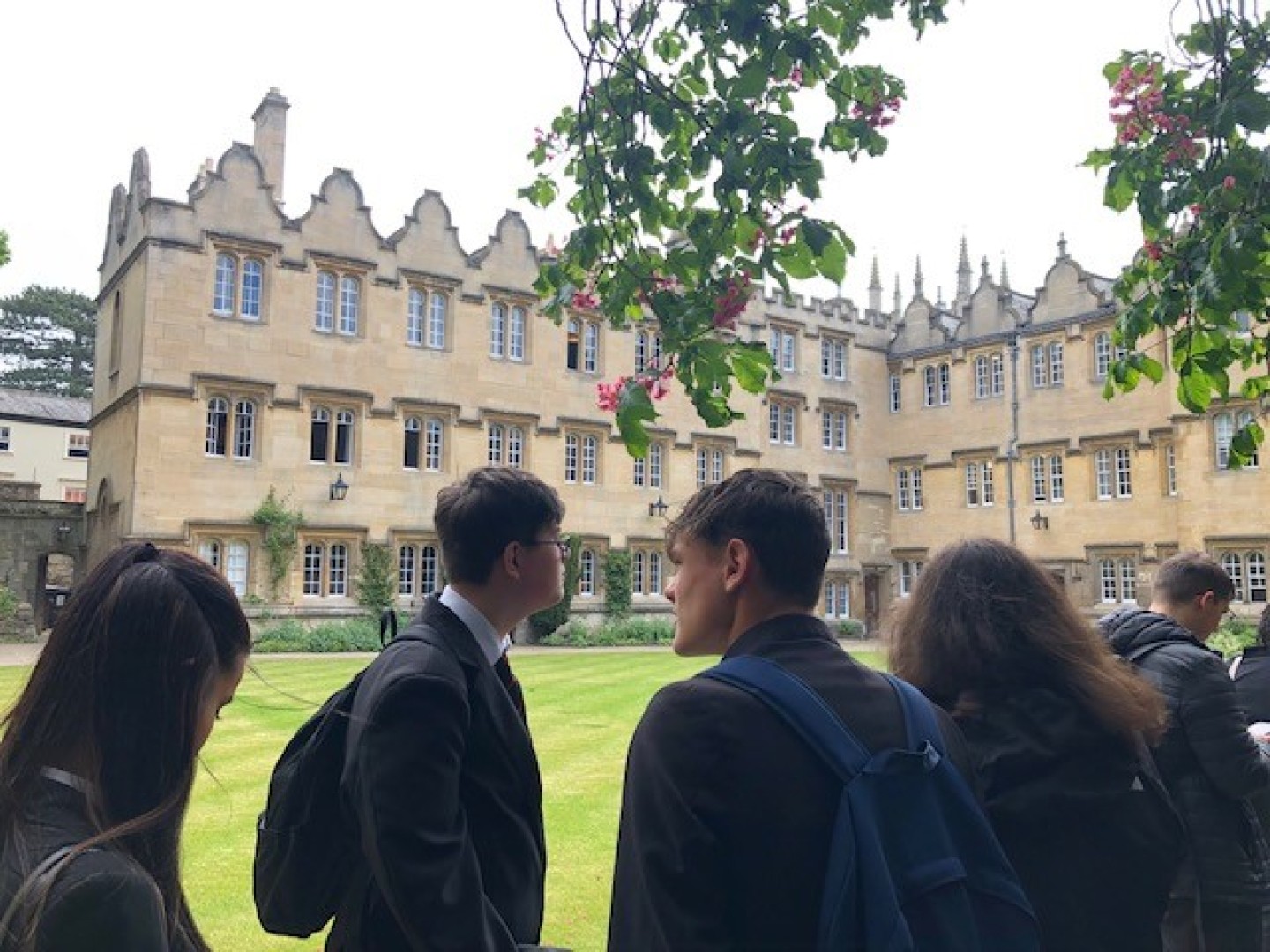 A group of Year 10 pupils experienced a taster day of Oxford University. This included tours of both Oriel and Keble college, a chance to meet Oxford students and a session on everything the university has to offer. Following this, pupils had a tour of city and visited some of its most famous landmarks, including The Bodleian Library, The Radcliffe Camera and The Bridge of Sighs. 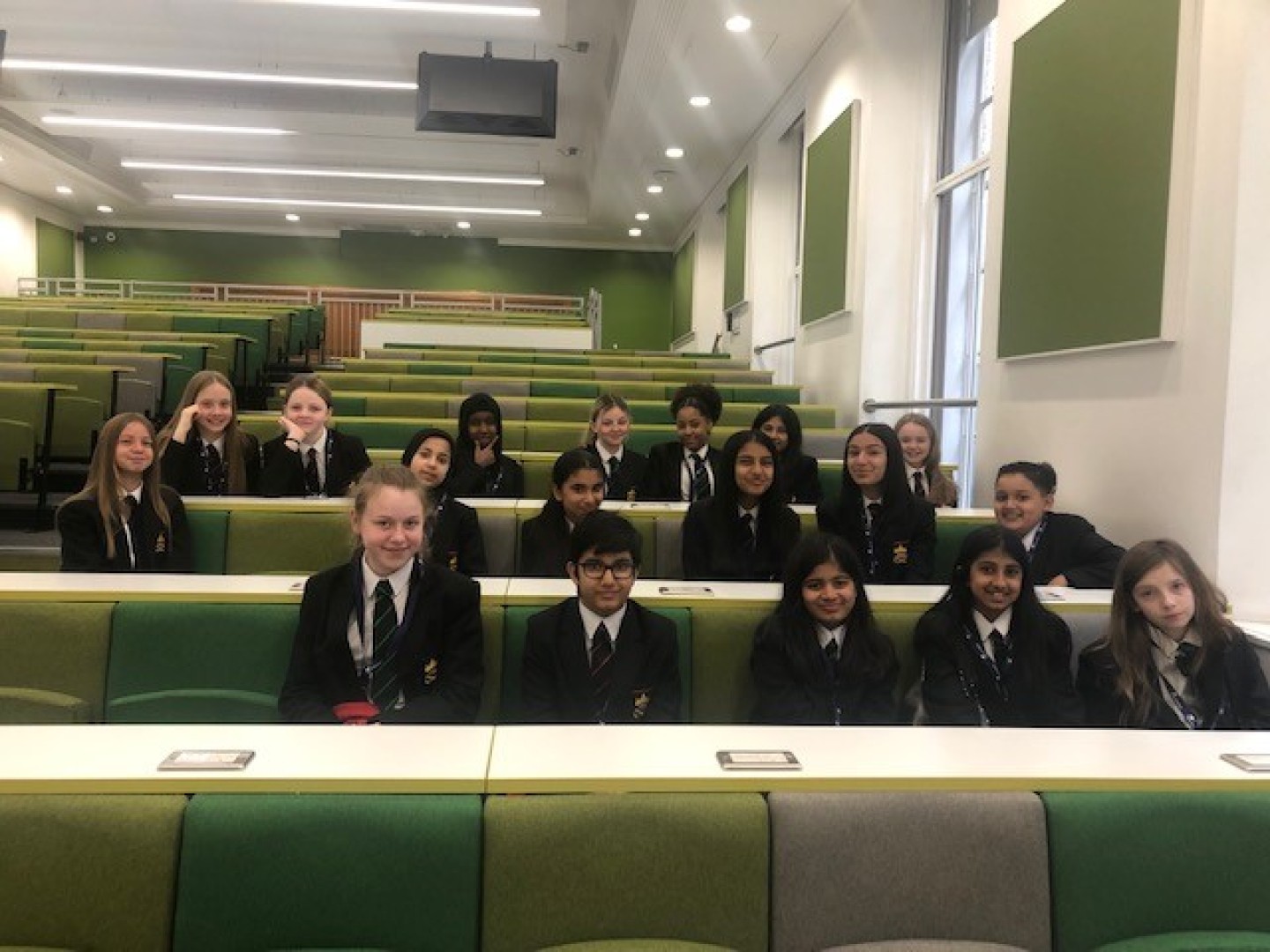 Year 7 pupils have been out visiting local universities and getting a taste of university life. Pupils have visited University of Birmingham and Aston University, getting to tour the universities, meet their students and take part in activities to learn all about the benefits of higher education. Pupils on the recent visit to Aston university were able to get an exclusive sneak peek into the university accommodation on their tour. In the coming months, more pupils will venture out to Staffordshire University, Birmingham City University and Newman University. 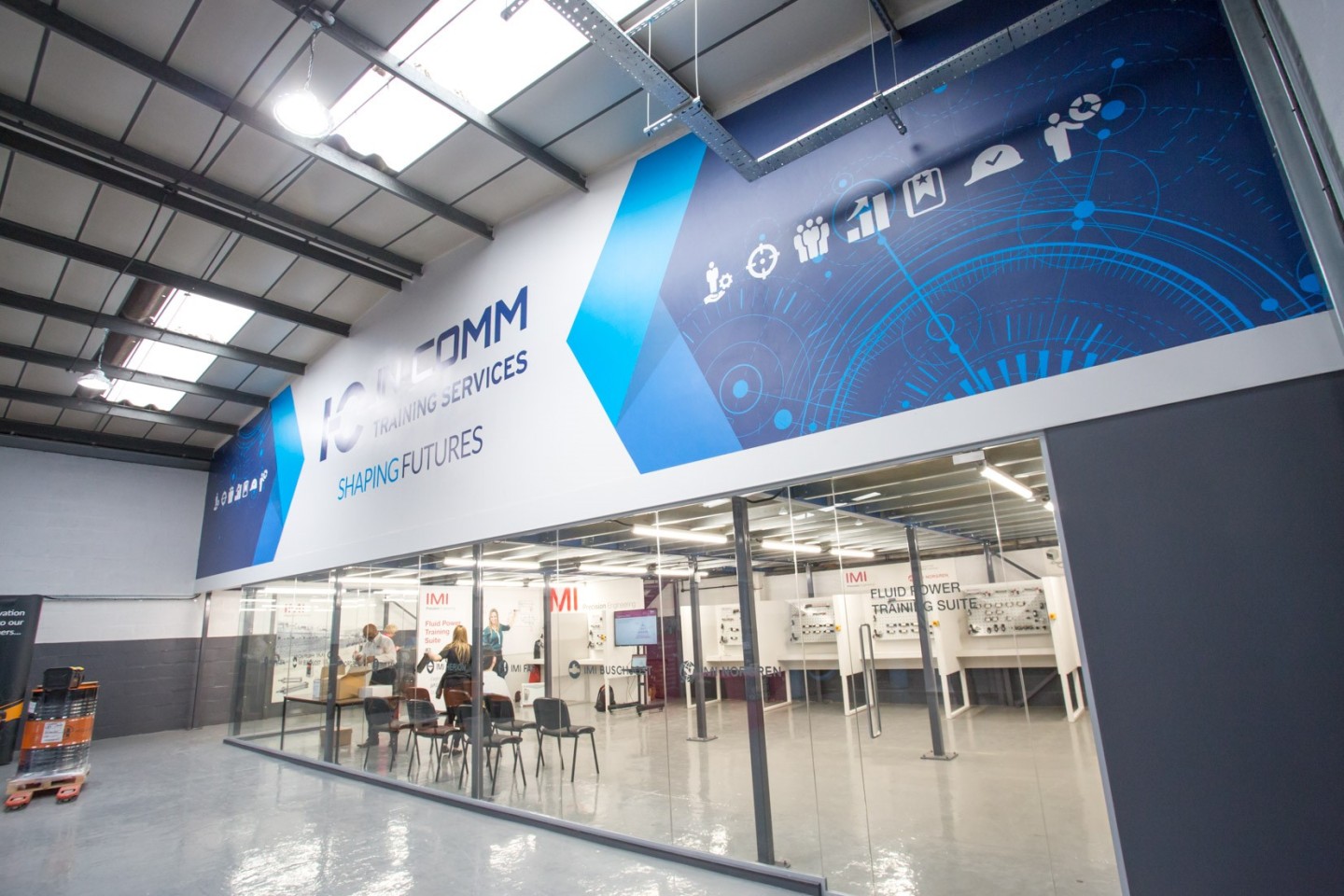 A group of Year 10 pupils visited InComm Training to experience a day in the life of an apprentice. They started with a tour of the facilities and learnt all about the apprenticeship pathway into engineering careers. They then split into competing teams, taking part in a practical workshop. Pupils designed, built and tested their own mechanical devices, examining the use of fluid power to lift and move objects. The project not only allowed pupils to experience what it might be like to work as a future engineer, but it also gave them the opportunity to develop key employability skills of teamwork, communication and problem solving. The winning teams’ mechanical arm is pictured. 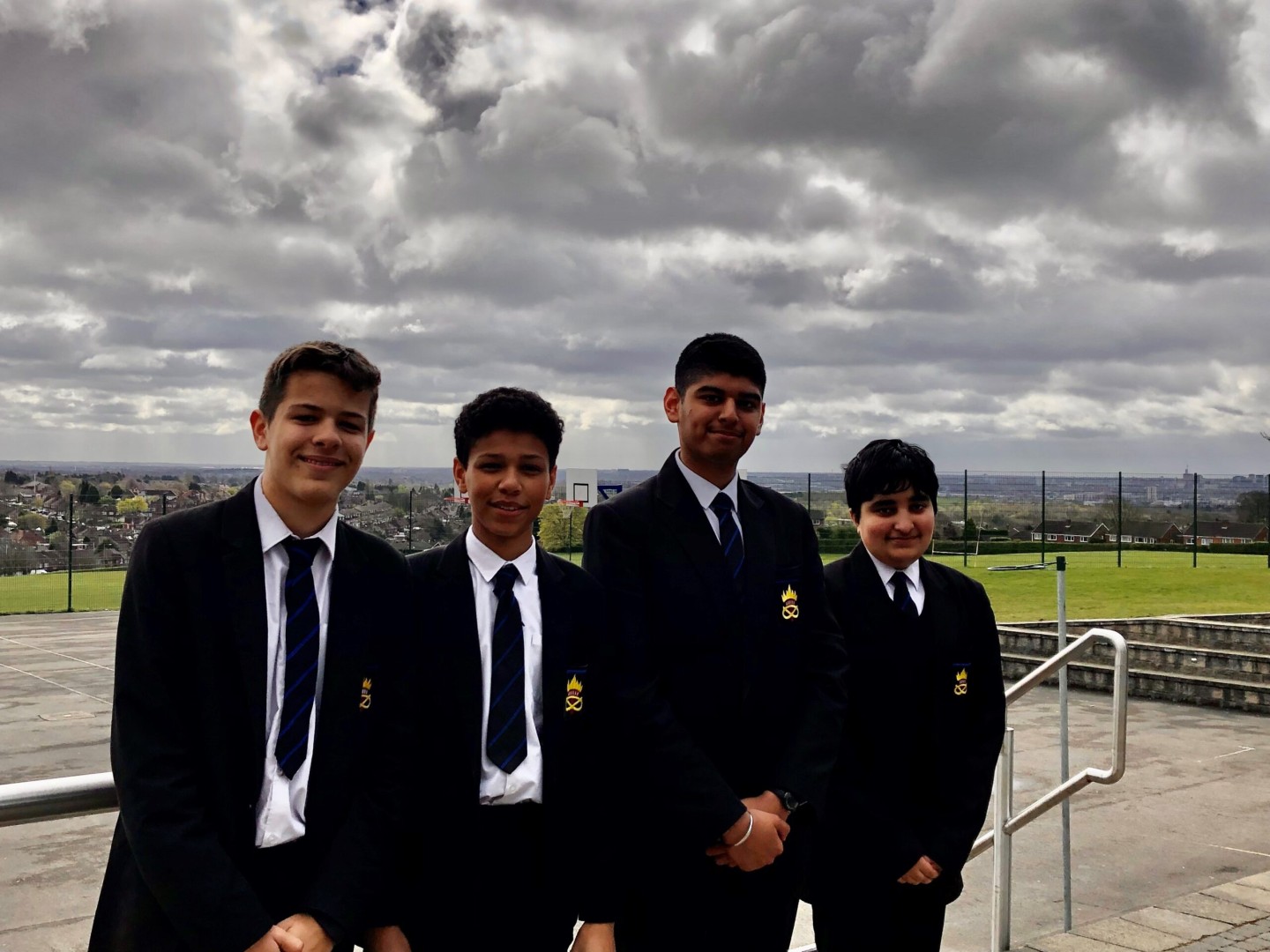 Year 10 pupils who took part in a workshop from Aggreko are the proud winners of a competition to design their own renewable home.

Pupils first took part in a workshop where they discovered more about Aggreko, their renewable energy solutions and their power delivery for big events like the Commonwealth Games. Following this pupils were tasked with creating their own renewable home and presenting their ideas to the group. Pupils were not only competing against other Barr Beacon teams, but also other local schools.  Four pupils impressed Aggreko so much that they won the competition! They have each won tickets to Edgbaston Cricket Ground this summer to watch a Commonwealth Games match. Congratulations to Lewis, Mataeo, Kuran and Arjan! 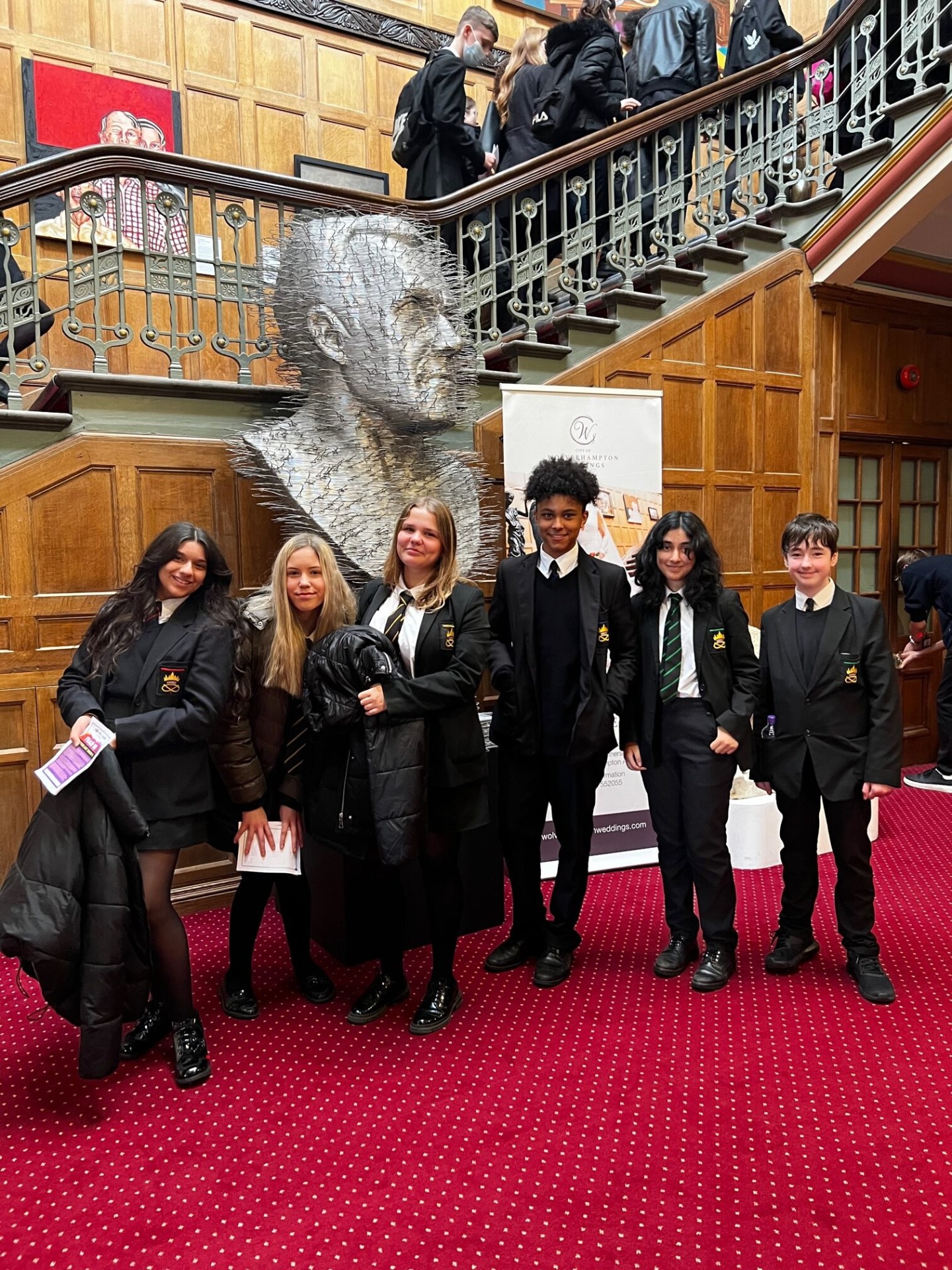 The best of new British art

Year 10 art pupils visited Wolverhampton Art Gallery for the ‘British Art Show’, a landmark touring exhibition that celebrates the vitality of recent art made in Britain. Organised every five years by Hayward Gallery Touring the exhibition brings the work of artists defining new directions in contemporary art to four cities across the UK.

You can find out more about the show here: https://britishartshow9.co.uk 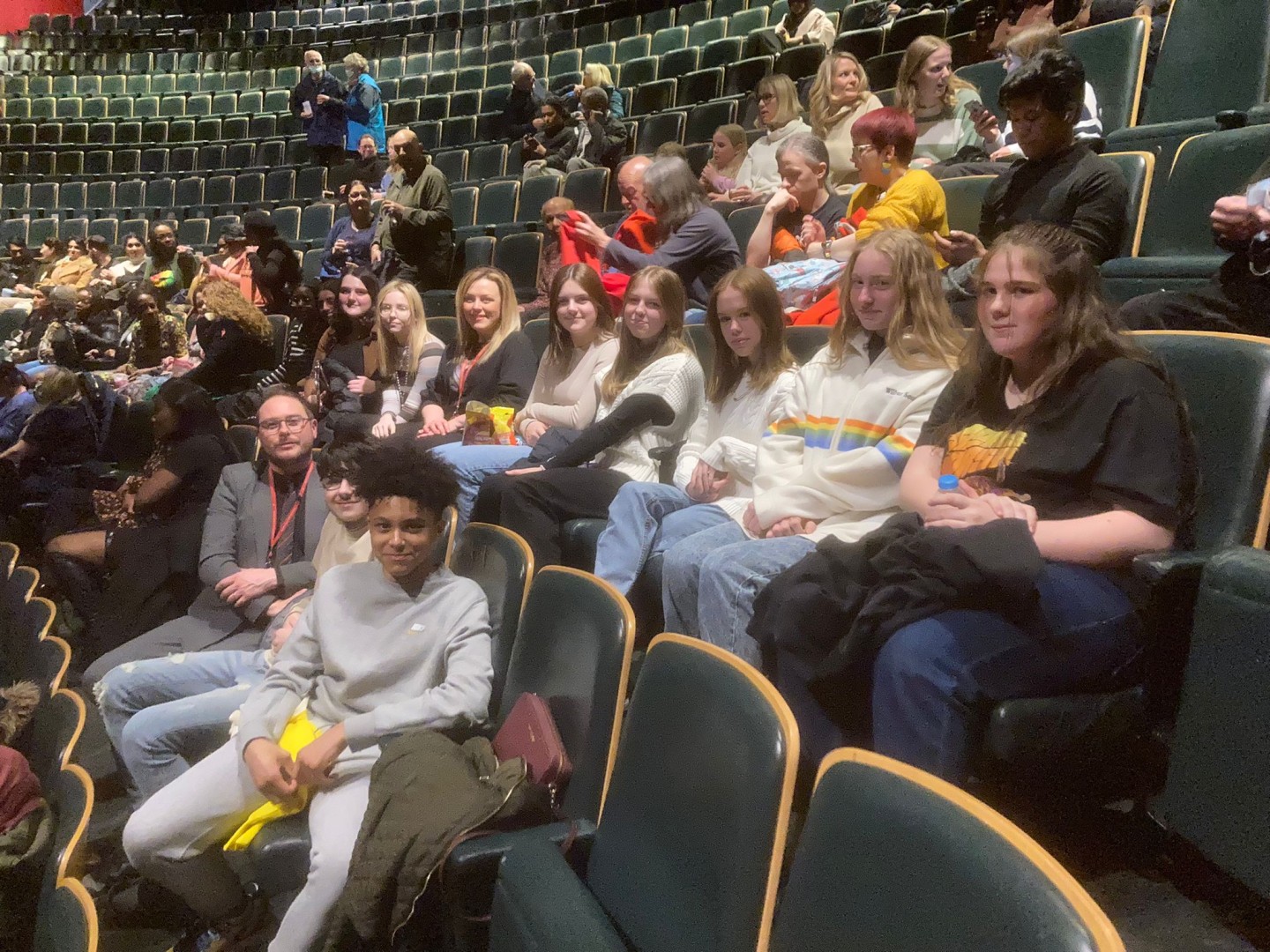 Year 10 drama pupils were starstruck after their excursion to see the premiere of a brand new play based on the inspiring life of Floella Benjamin turned into a life coaching session from Baroness Benjamin herself!
Coming To England had its world premiere at the Birmingham Rep on Thursday 31st March. It is based on the children’s book by Floella Benjamin and illustrated by Walsall-born Diane Ewen.
The book tells the story of how Floella came to England from Trinidad as a child. Floella is best known to many as the presenter of children’s programmes such as Play School, Play Away and Fast Forward and she is also an accomplished actress, singer, author, businesswoman, and politician.

After the play, our pupils met up with Baroness Benjamin and she talked with them for some time, sharing with them her advice for life. All pupils – and their teachers – were completely hooked and inspired. 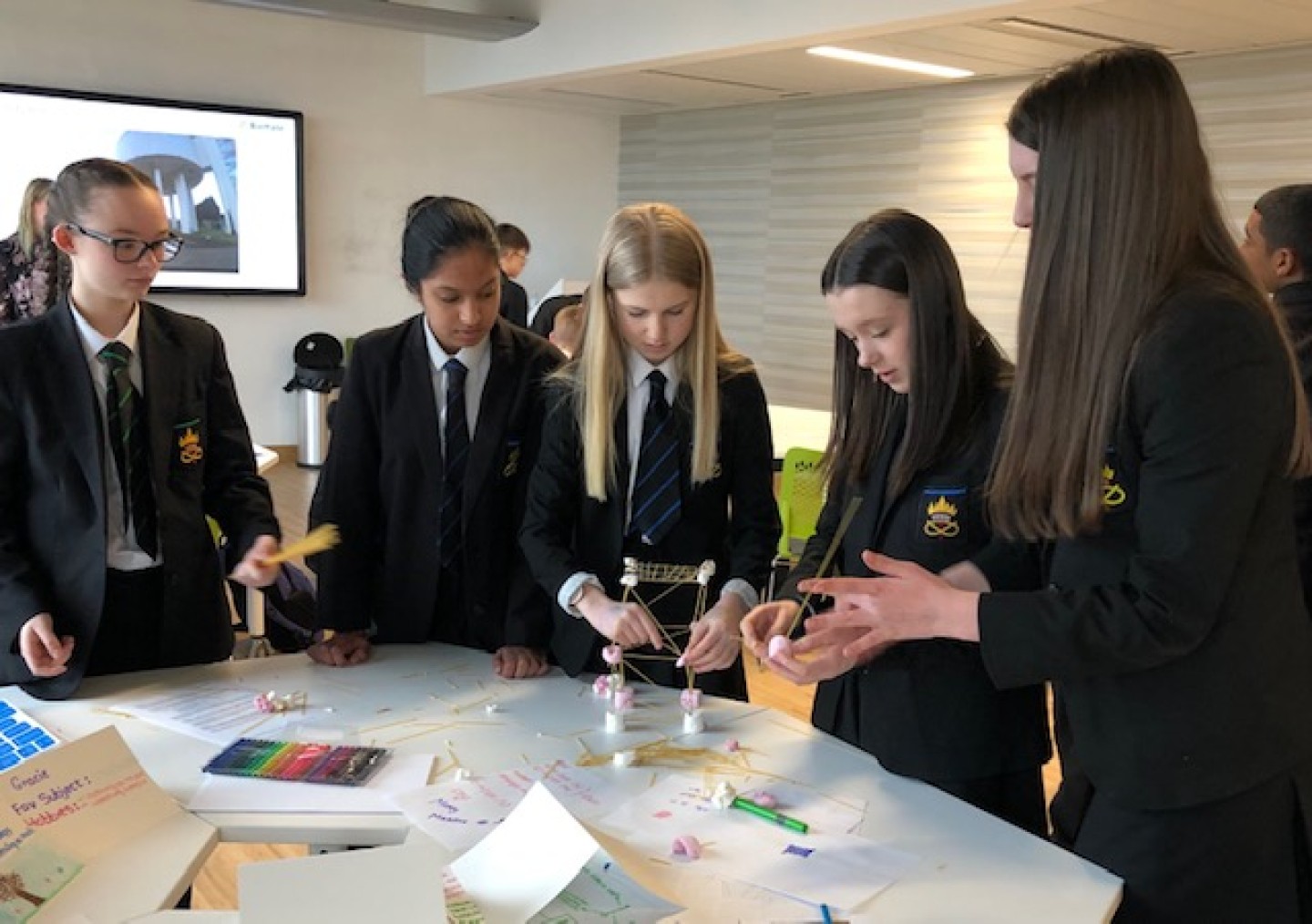 A group of Year 10 pupils took part in a work experience day, organised by Barhale, a civil engineering and infrastructure specialist. They learnt all about the company and were then set to work on a project: designing and building a water tower. Pupils created their own bid for the project, including an environmental impact report and health and safety precautions. They had to carefully work towards a budget and under strict time constraints. Pupils then moved from design to construction of a model and presented their feedback at the end. This experience allowed pupils to develop skills of leadership, communication, innovation, adaptability and teamwork. 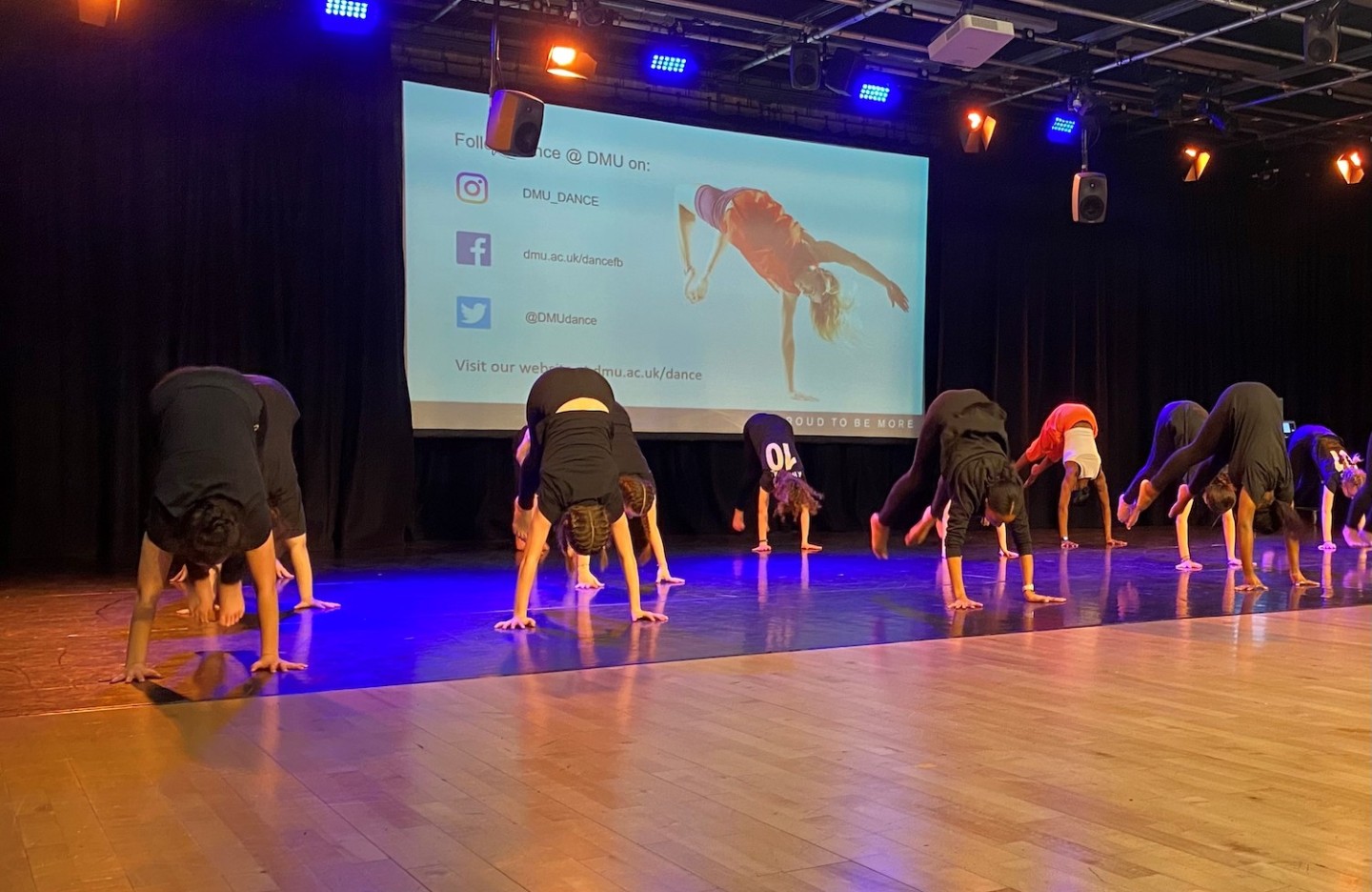 14 of our pupils from Year 9 and Year 10 were selected to visit De Montfort University to have an insight into the Dance BA (Hons) course. The pupils participated in a three hour practical session, where they explored a variety of contemporary dance techniques with university lecturers and students. They were challenged with a choreography task to allow them to understand new ways of devising content.

The pupils were also given a tour around campus by third year students who were able to answer questions that our pupils had about the course and university life.

All pupils enjoyed their visit with many commenting on how much they had gained from the experience. 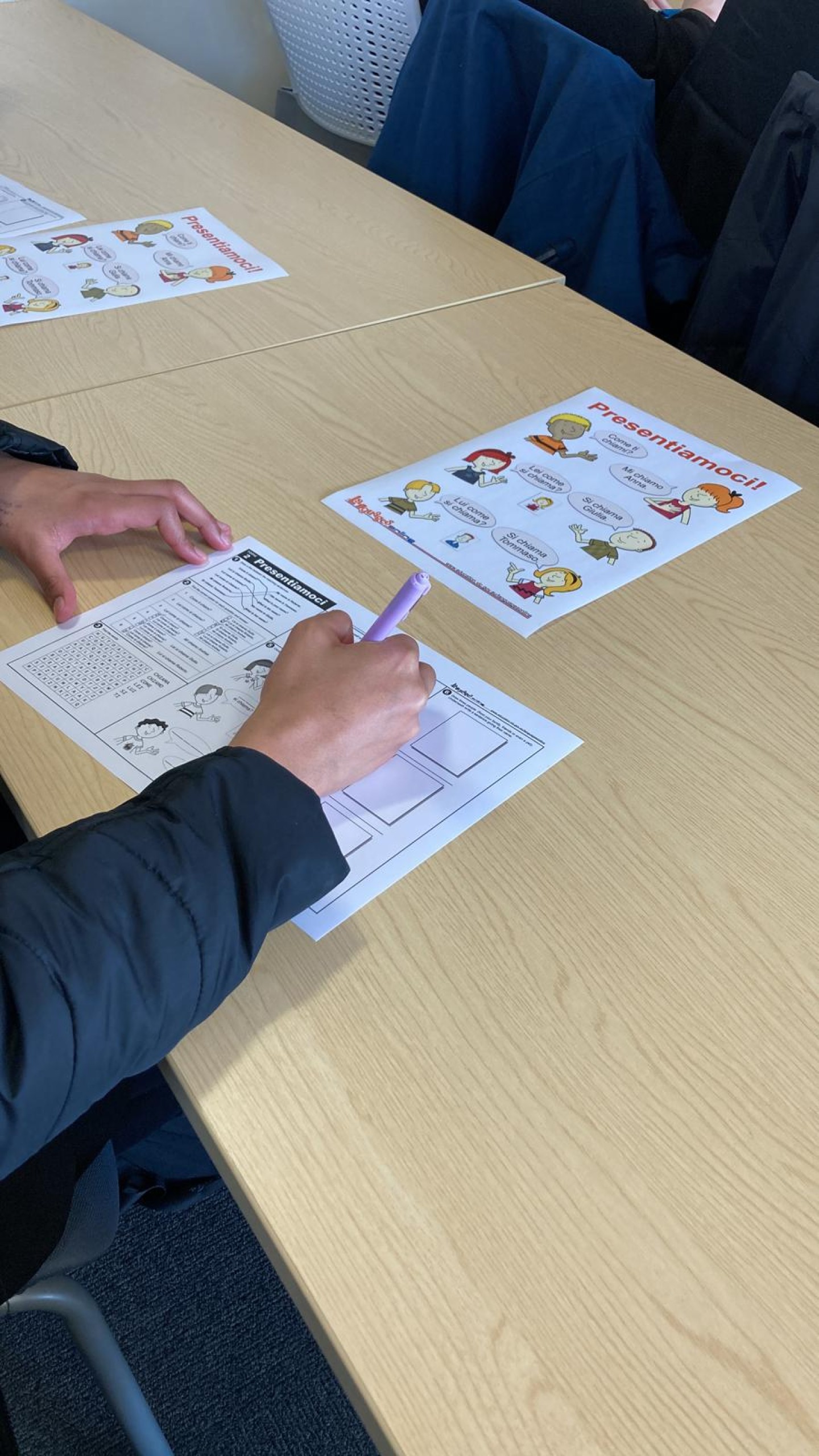 Year 10 have made such a fantastic start to their languages GCSE courses, with over 80% of the year studying a language. 44 of our pupils who have really impressed this year were nominated by their teachers to take part in a masterclass organised by the University of Birmingham to take part in a taster session.

Our pupils were able to listen to a talk about languages courses and combinations at the University followed by a taster session. The languages on offer included Russian, Arabic, Chinese and Japanese, as well as the two workshops our pupils took part in – Italian and Portuguese.

Pupils enjoyed the speaking practice in the new languages, with Italian being the most popular by far! They also had a brief walk through the main campus in the sunshine.

Some of our amazing Yr8 pupils who have the highest praise points visited @unibirmingham this week to show off their knowledge in the Commonwealth Quiz winning the poetry round with a poem about diversity!!#proudtosucceed #beaconvalues