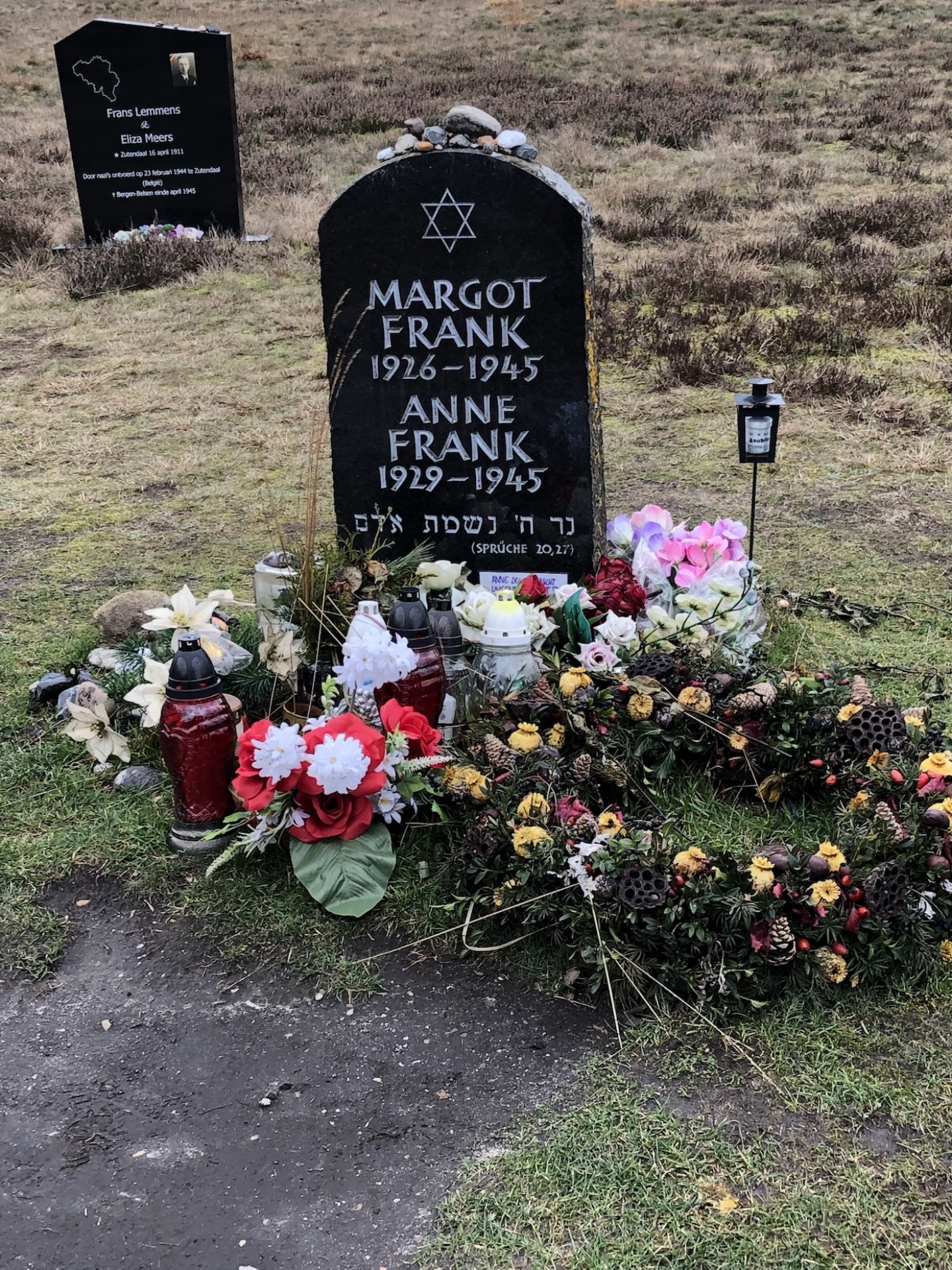 he site of Bergen Belsen Concentration Camp marks the area of Germany where over 100,000 people were imprisoned and tortured by the Nazi Regime between 1939 and 1945 and over 30,000 people perished.  To mark the occasion of the 75th anniversary of the liberation of Bergen Belsen by the British army, the Holocaust Educational Trust along with the University College London have organised 8 visits to the site throughout 2020; 4 year 12 students along with Mrs Selby were privileged to be able to take part in this programme.

The visit provided students with an opportunity to hear from those who were there and could testify to the true extent of the Nazi crimes that were committed against innocent men, women and children.  We also learned about the efforts that were made by the British army following the liberation of the camp to contain the spread of disease and save the lives of the thousands of people who would have perished without their care.

The aim of the project is to remember the victims of the Holocaust and to ensure that their memory survives, through this accepting a collective responsibility to reflect on and honour the legacy of Bergen Belsen.

This website uses cookies to improve your experience while you navigate through the website. Out of these, the cookies that are categorized as necessary are stored on your browser as they are essential for the working of basic functionalities of the website. We also use third-party cookies that help us analyze and understand how you use this website. These cookies will be stored in your browser only with your consent. You also have the option to opt-out of these cookies. But opting out of some of these cookies may affect your browsing experience.
Necessary Always Enabled

Performance cookies are used to understand and analyze the key performance indexes of the website which helps in delivering a better user experience for the visitors.

Analytical cookies are used to understand how visitors interact with the website. These cookies help provide information on metrics the number of visitors, bounce rate, traffic source, etc.

Advertisement cookies are used to provide visitors with relevant ads and marketing campaigns. These cookies track visitors across websites and collect information to provide customized ads.

Other uncategorized cookies are those that are being analyzed and have not been classified into a category as yet.